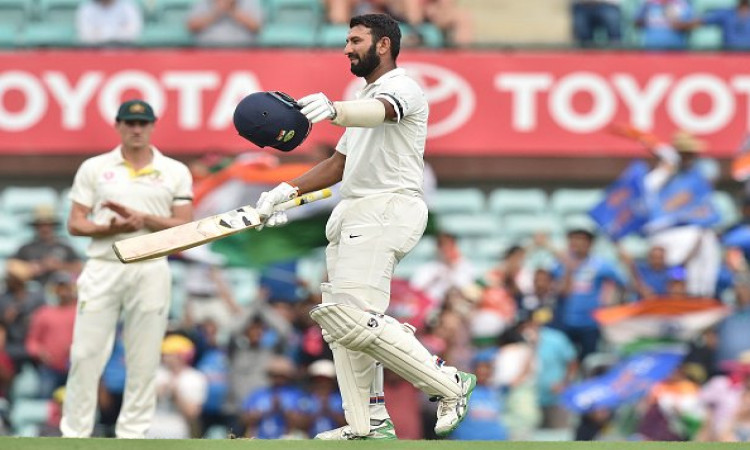 Sydney, Jan 3 (CRICKETNMORE): Cheteshwar Pujara came up with a typically gritty century as India posted 303/4 in their first innings at stumps on the opening day of the fourth cricket Test against Australia here on Thursday.

Pujara was batting on 130 when the umpires decided to call it a day. His 250-ball stay in the middle was studded with 16 hits to the fence. Hanuma Vihari was batting on 39 at the other end.

For Australia, Josh Hazlewood was the most successful with figures of 2/51. Fellow pacer Mitchell Starc and off-spinner Nathan Lyon bagged a wicket each.