Johannesburg, Jan 24:  England openers Zak Crawley and Dom Sibley posted a 107-run partnership before South Africa bowlers made inroads on a rain hit first day of the fourth Test between the two sides at the Wanderers here on Friday. 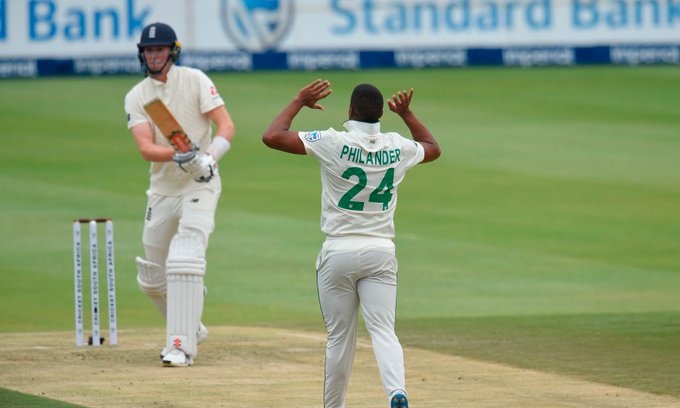 After the first session was washed out, England won the toss and chose to bat. The openers dominated the opening session and at Tea, England were 100/0. Crawley (66 off 112 balls) was the more adventurous of the two, hitting 11 fours, while Sibley was on 44.

It didn't take South Africa long to get the breakthrough after Tea. Beuran Hendricks forced Sibley to edge one to wicketkeeper Quinton de Kock in the third over of the second session, thus picking up his maiden Test wicket.

South Africa kept England in check after that with Crawley falling an over later to Vernon Philander. Joe Denly then edged Dane Paterson to Faf du Plessis in slips while Anrich Nortje dismissed Ben Stokes. Stokes had a few words with the crowd before going down the tunnel.

Captain Joe Root then found an able company in Ollie Pope and the pair saw England through to an early end of the day after the umpires took the players off due to bad light.