4,6,4,6 - Livingstone Takes On Shepherd, Diminishes Hyderabad Hopes In An Over

SRH vs PBKS IPL 2022: Liam Livingstone played a match-winning knock of an unbeaten 49 runs in 22 deliveries. 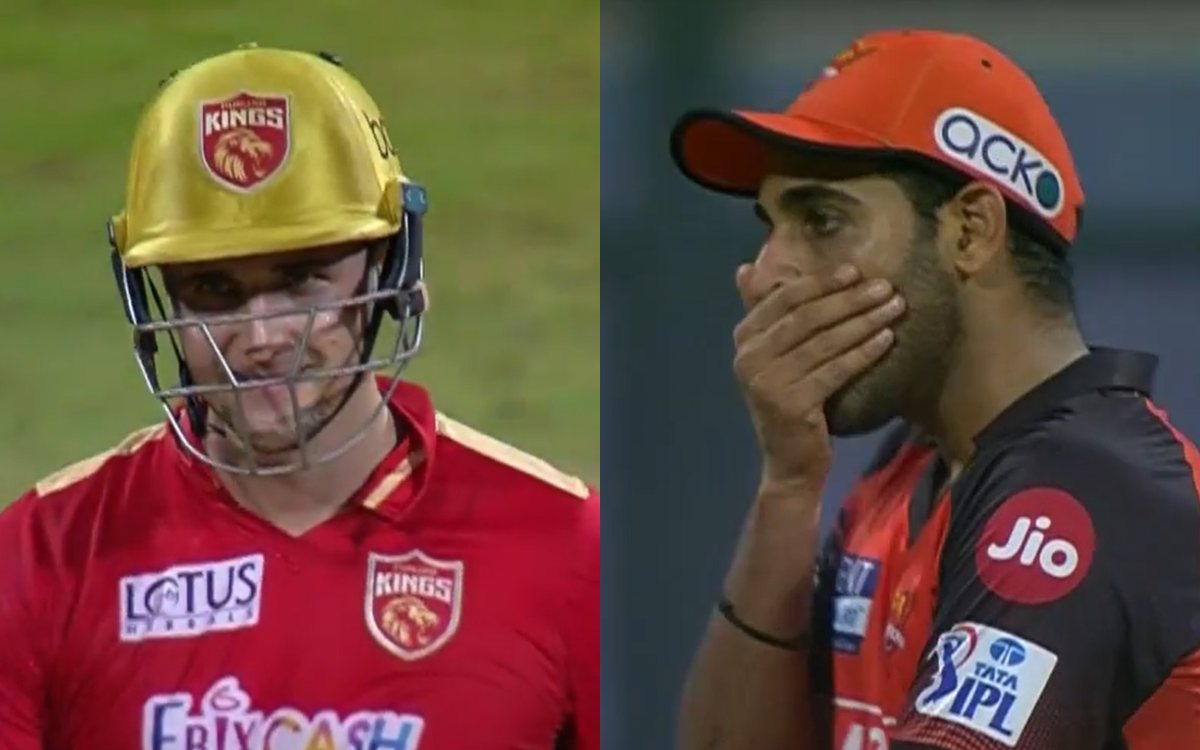 SRH vs PBKS IPL 2022: Even though it was a dead rubber match, Punjab Kings didn't hold back as they chased down the total of 158 in 15.1 overs against Sunrisers Hyderabad in the last league stage match of the season. Punjab were well on their way to win the match, but Livingstone sped up the process as he smacked Shepherd for 23 runs in an over, which resulted in the match ending on the first delivery of the next over.

Chasing a modest total, Shikhar Dhawan held one end and etched partnerships of 28 & 38 runs for the first and second wicket respectively. When Punjab lost their third wicket in the form of Mayank Agarwal (1), Liam Livingstone came on to bat when PBKs required 88 runs to win off 73 deliveries, and smacked a six off the very first delivery.

In the next over, Livingstone was dropped by Washington Sundar at long-on as the SRH all-rounder almost took a blinder. In the 14th over, the English all-rounder was yet again dropped after smacking a six on the previous delivery.

Romario Shepherd was brought on to bowl the 15th over as Punjab required 25 runs to win off 6 overs. After a wide first delivery, Livingstone was dropped yet again by Farooqi at short third man as the Punjab all-rounder collected a four.

The next delivery was a dot bowl which was followed by a double. Livingstone then followed up with a six, which was the 1000th six of IPL 2022 overall. The short & wide delivery was thumped over long off for a 97-metre six.

Liam Livingstone went on to smack a four & a six on the next two deliveries, completing 23 runs off the over, bringing the equation down to 3 runs off the last 4 overs. Prerak Mankad smacked a four on the first delivery of the next delivery as SRH chased down the total of 158 with 5 wickets & 29 deliveries in hand. Livingstone finished with a score of 49*(22).

Earlier, SRH captain Bhuvneshwar Kumar won the toss & opted to bat first against PBKS in the 70th match of IPL 2022. This match was played at Wankhede Stadium, Mumbai.