Ruturaj Gaikwad finally gained form as he smacked 57 runs off 35 deliveries in the 3rd T20I; smacked 5 consecutive fours against Anrich Nortje in the powerplay. 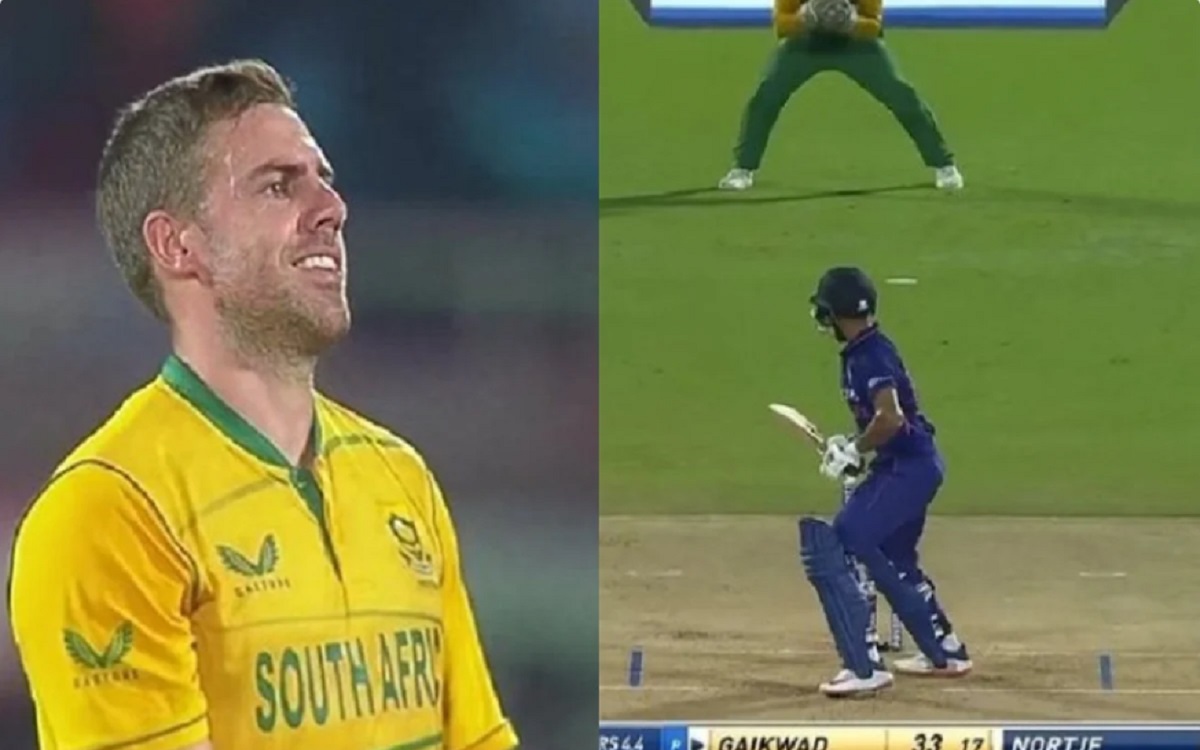 The 3rd T20I of the 5-match series between India and South Africa is being played at Vishakhapatnam. Indian opener Ruturaj Gaikwad, who failed to perform with the bat in the first two T20Is, broke free in the third T20I. The young batter welcomed Anrich Nortje with 5 consecutive fours, collecting 20 runs in the bowler's first over.

Despite Anrich Nortje's fiery speed, Ruturaj Gaikwad displayed his skills as well as the presence of mind and took on the bowler fearlessly. Nortje was brought into the attack in the 5th over and Ruturaj Gaikwad went on to smack five consecutive fours in the first five deliveries.

However, Anrich Nortje adopted an aggressive line & length. On the third delivery, Nortje bowled an unplayable short delivery. However, Ruturaj bent his knees and placed it finely for a four over the keeper's head.

Ruturaj went on to collect 20 runs from the over and was the main aggressor in the powerplay as Ishan Kishan rotated the strike. Gaikwad was finally dismissed on the last delivery of the 10th over by Keshav Maharaj after etching an opening partnership of 97 runs. Gaikwad scored 57 runs off 35 deliveries with 7 fours & 2 sixes.

While talking about the match, South African captain Temba Bavuma won the toss & opted to bowl first against India in the 3rd T20I. India have lost the first T20Is and need to win this match in order to save the series. This match is being played at Dr Y.S. Rajasekhara Reddy ACA-VDCA Cricket Stadium, Visakhapatnam.