Ahead of the super 12 stage of the T20 World Cup, the top eight teams are currently playing warmup matches against each other. In today's game, West Indies met Pakistan. 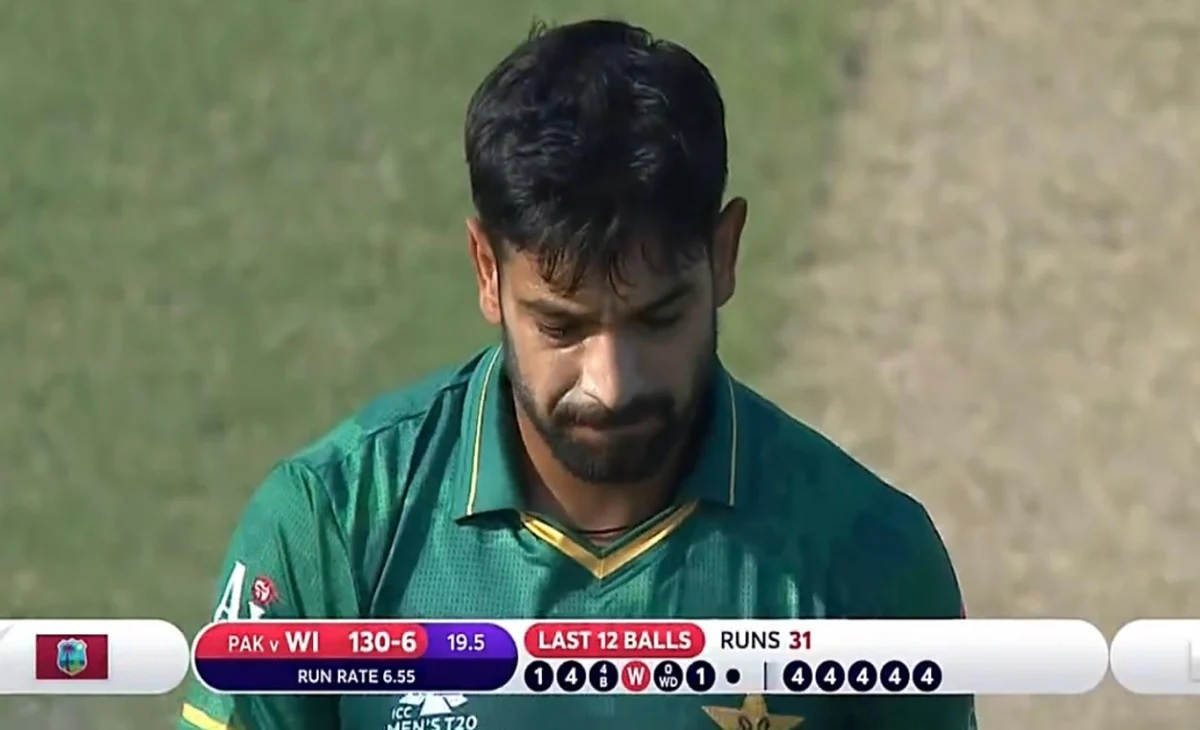 West Indies opted to bat first but didn't play the attacking cricket they are known for. However, with a score of just 110 in 19 overs, Kieron Pollard had to make something out of the match for his bowlers to defend.

Haris Rauf bowled the final over of the innings and Pollard showed no mercy to the bowler and smashed five boundaries in consecutive deliveries. However, on the last ball of the innings, Rauf had the last laugh as he clean bowled Pollard, who once again attempted to find a boundary.

Even though Rauf went for 20 in the last over, he ended up with the figures of 2/32, showing how tightly he bowled in his early overs.