Mohammad Rizwan struck 91 runs off 60 balls as Pakistan sped to 165-3 in 20 overs against Zimbabwe on Sunday in the third and final Twenty20 international match with the series level at 1-1. 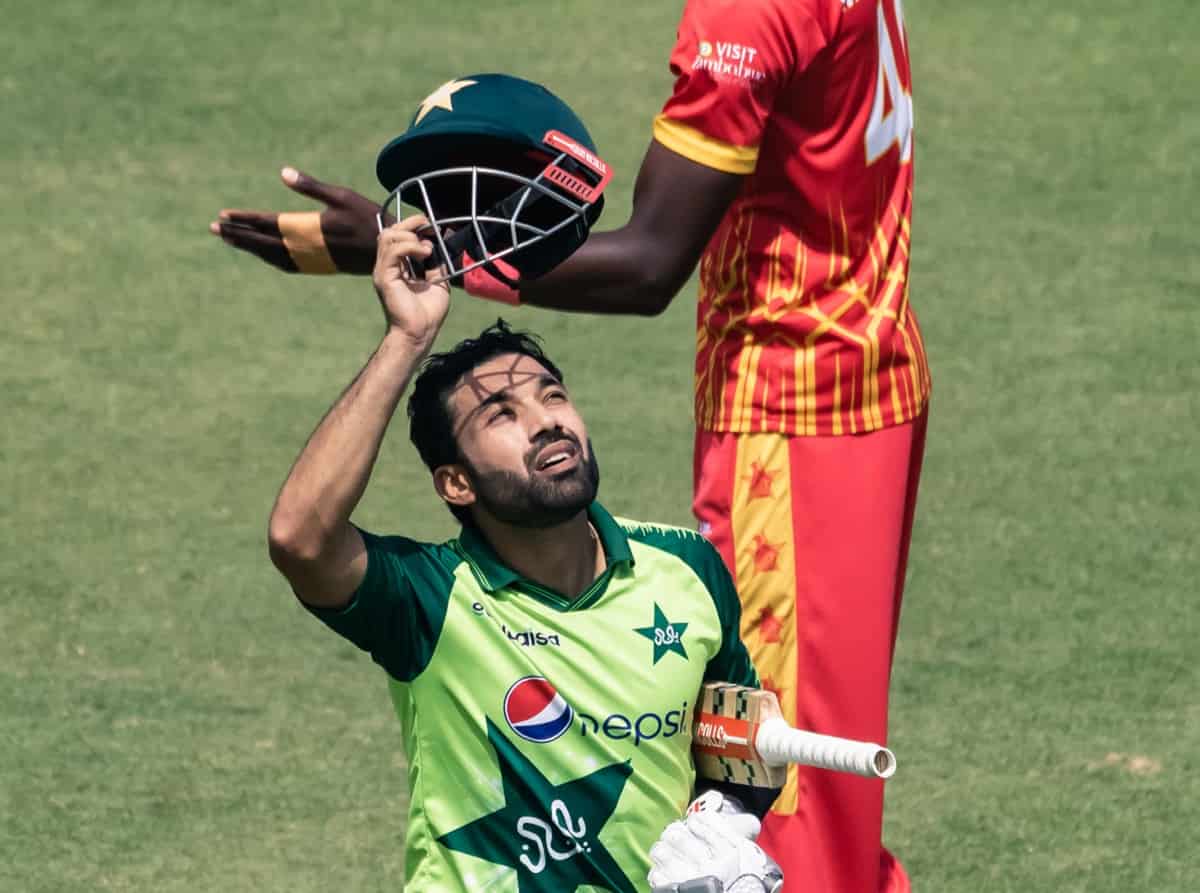 The opening batsman scored three sixes and five fours as the tourists exceeded the expectations of captain Babar Azam, who believed it would be a challenge to surpass 140 on a bowler-friendly pitch.

Rizwan has had mixed fortunes in the series, posting an unbeaten 82 in the first match but only 13 in the second.

After the loss of recalled Sharjeel Khan for 18 off the last ball of the fourth over, Rizwan and Azam put on 126 runs for the second wicket before the captain was out for 52 in the third ball of the final over.

Azam faced 46 balls in 64 minutes and his total included five fours as Pakistan chase a second T20 series victory on the tour having beaten South Africa 3-1.

Medium-pacer Luke Jongwe, the star of a shock 19-run Zimbabwe victory in the second match, was once again the most impressive bowler, taking the three wickets while conceding 37 runs in four overs.

The T20 series will be followed by two Tests, also in Harare, beginning on April 29 and May 7.