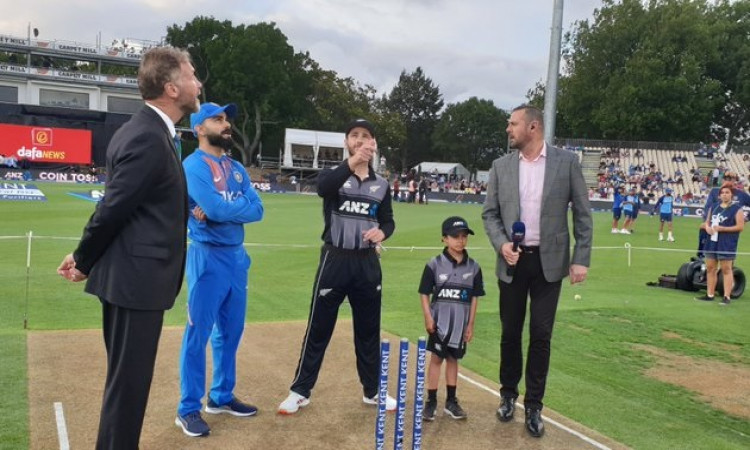 While the Kiwis made one change replacing Blair Tickner for Scott Kuggeleijn, the Virat Kohli-led side remained unchanged.

Speaking at the toss, Kohli said: "I reckon (we would have bowled). Looks like a nice track, it's pretty hard, nice grass cover, the weather might have a say in the second innings, but toss isn't in our control. Just put a clinical performance, carry forward the momentum and grab the chances that comes."

Meanwhile, Kiwi skipper Williamson said: "Hopefully, we will get something from the new surface. Need to follow our plans, we are playing a strong side, a new ground, a new surface, do the job with the ball."