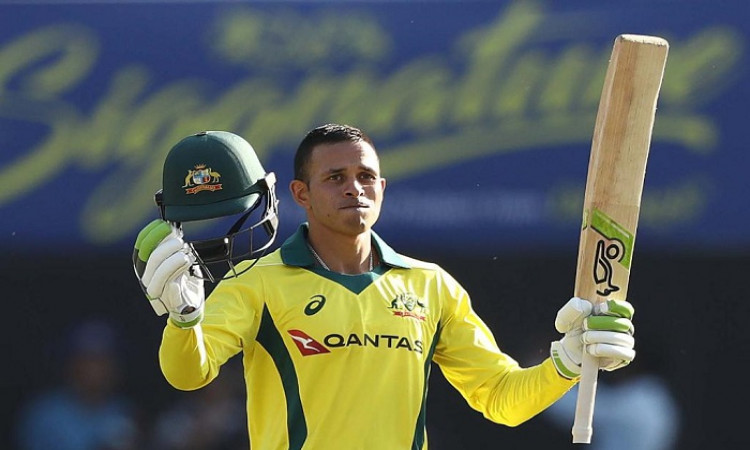 Ranchi, March 8 (CRICKETNMORE):  Brilliant batting from top-order batsmen guided Australia to a challenging 313/5 against India in the third One Day International match here on Friday.

Right from the start, the Australian batters played freely and hammered the Indian bowlers at will.

Openers Finch and Khawaja put up a 193-run partnership before skipper Finch was adjudged leg before wicket in the 32nd over.

Finch and Khawaja played some beautifully crafted shots around the ground and completed their respective half centuries.

Finch, who was dismissed by chinaman Kuldeep Yadav, played 99 balls and hammered 10 boundaries and three sixes.

Maxwell then joined Khawaja and the duo played sensibly by rotating the strike and punishing the bad balls. In the process, Khawaja completed his century before getting out in the 39th over.

Khawaja was dismissed by pacer Mohammad Shami. In his 113 ball innings, Khawaja hit 11 boundaries and one six.

After a couple of overs, set batsman Maxwell also departed. A piece of brilliant fielding by Ravindra Jadeja saw his dismissal.

Middle-order batsmen Shaun Marsh (7) and Peter Handscomb (0) went back cheaply but Marcus Stoinis (31 not out) and Alex Carey (21 not out) stuck at the wicket and finished off the proceedings.