Punam Raut's 77 pushed India women's score to 248 runs for the loss of five wickets after batting first in their third ODI against South Africa on Friday. This is Punam's second consecutive half-century of the series. 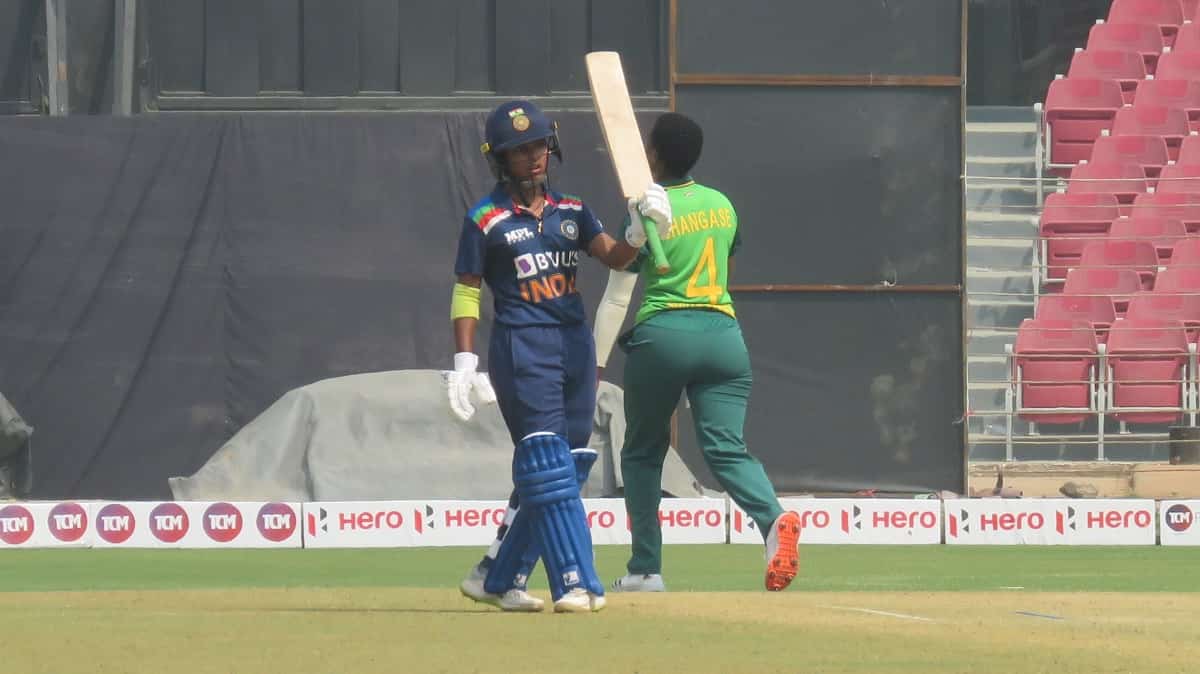 
Will India Play With A Different Batting Approach Against England In T20s?

Shabnim struck with the second ball of the match as opener Jemimah Rodrigues edged an away swinging delivery to wicketkeeper Sinalo Jafta. But India managed to get partnerships after that with Smriti Mandhana (25) and Punam first putting up 64 for the second wicket.

Punam and captain Mithali Raj then put up 77 for the third wicket. Mithali scored 36 off 50 and became the first Indian woman to cross 10,000 runs in international cricket with a four Bosch in the 28th over. However, she was dismissed off the very next ball, becoming Bosch's maiden ODI wicket, as Mithali flicked a low full toss straight down the throat of the fielder at midwicket.

Punam was next to be dismissed as she mishit a shot over extra cover. Bosch ended up taking a good catch after taking a couple of steps towards mid-off.

Harmanpreet Kaur (36) was India's last wicket to fall with Sekhukhune taking a brilliant catch to end her stay. Deepti Sharma (36) and Sushma Verma (14) then saw India through to the end of their innings.