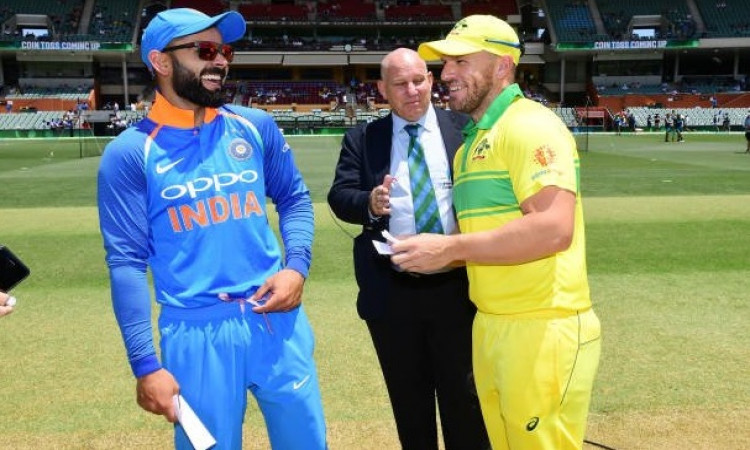 Melbourne, Jan 18 (CRICKETNMORE):  India skipper Virat Kohli won the toss and opted to bowl against Australia in the third and final one day international (ODI) of the series at the Melbourne Cricket Ground (MCG) here on Friday.

India made three changes in their playing eleven as all-rounder Vijay Shankar, who makes his ODI debut, replaces Mohammed Siraj while Kedhar Jadhav and Yuzvendra Chahal comes in for Ambati Rayudu and Kuldeep Yadav respectively.