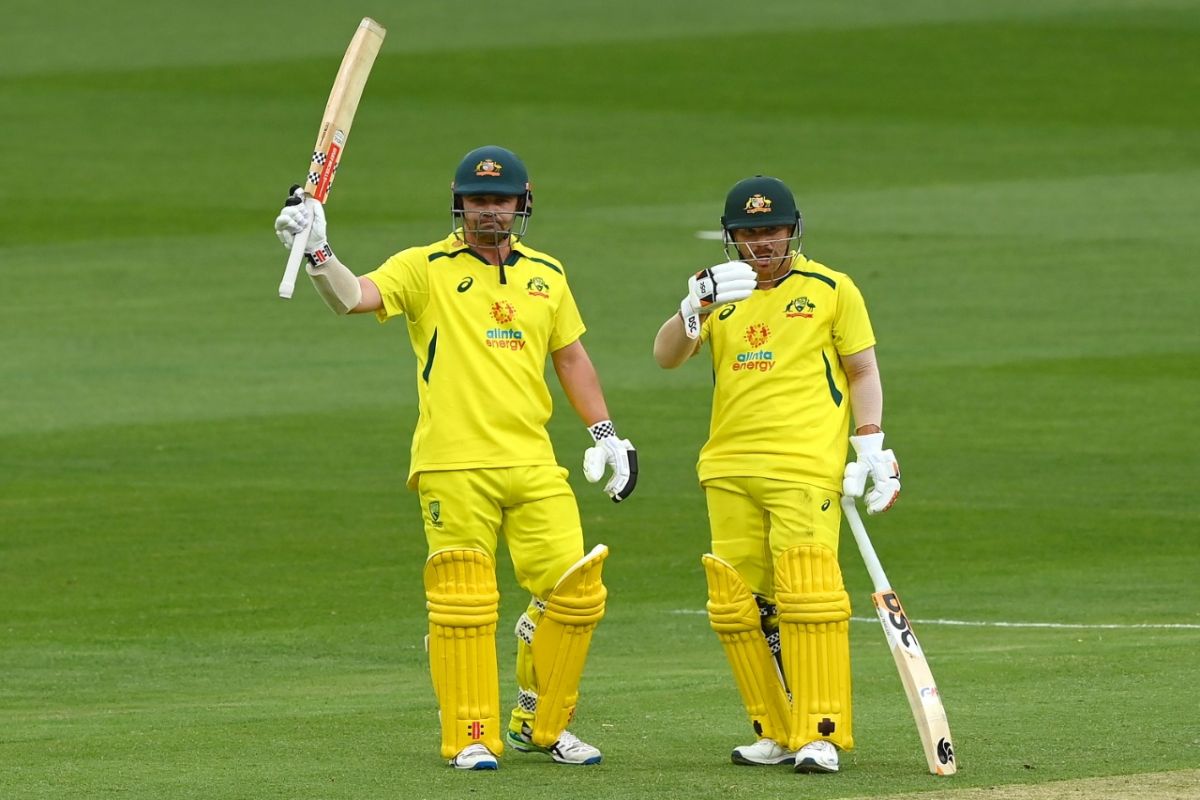 Openers Travis Head and David Warner struck centuries and shared a record 269-run stand while spinner Adam Zampa claimed 4-31 as Australia consigned England to their heaviest defeat, by 221 runs via D/L method, in the third and final ODI match of the series at the Melbourne Cricket Ground here on Tuesday.

A number of records fell at the MCG on Tuesday as Head and Warner put England to the sword with a brilliant opening partnership. During their 269-run partnership for the first wicket, the pair came narrowly close to breaking their own record for the highest opening partnership by Australia in Men's ODIs, almost beating the 284 they scored against Pakistan at the Adelaide Oval in 2017.

It was the ninth biggest stand in the history of Men's ODI cricket and easily surpassed the 182 that West Indies greats Gordon Greenidge and Desmond Haynes scored against the Aussies way back in 1981 as the largest opening partnership at the iconic Melbourne venue.

They also overtook the 252 that Australian legends Ricky Ponting and Adam Gilchrist managed for the highest partnership for any wicket at the MCG and are now just one of two pairs -- along with India's Sachin Tendulkar and Sourav Ganguly -- to have combined for more than two partnerships of greater than 250 in ODI cricket.

Warner and Head have hit 795 runs at a phenomenal average of 113.57 in their seven innings at the top of Australia's one-day line-up, with Travis Head now firmly in the box seat to be Aaron Finch's long-term replacement following the former captain's ODI retirement in September.

Warner was eventually out for 106 in the 39th over, while Head followed suit for an ODI career-best 152 just three Olly Stone deliveries later.

England suffered an early blow with batter Phil Salt concussed while diving unsuccessfully in the ninth over to try and prevent one of Warner's 10 boundaries and was eventually subbed out for Moeen Ali during the rain delay, who had initially been rested from the contest alongside leg-spinner Adil Rashid.

A brief 20-minute rain delay reduced Australia's innings to 48 overs, with Mitch Marsh (30 off 16), Steve Smith (21 off 16), and Alex Carey (12 not out off six) pushing England's target to a record chase of 364 from 48 overs following the Duckworth-Lewis-Stern (DLS) adjustment.

England, who secured their second T20 World Cup crown just nine days ago, were just not interested in the match with the tourists booked on a flight home early Wednesday morning.

Their pursuit never really got going, and Australia's new ball pairing of Pat Cummins (2-25) and Josh Hazlewood (1-21) made things worse for them when they sliced through the visitors' top-order to leave them 66/3.

Jason Roy, given a lifeline with the injury to Jonny Bairstow after being dumped from England's World Cup squad, top-scored with a 48-ball 33. He along with James Vince (22) and Moeen Ali (18) were the only three England batters to get into double digits as the visitors struggled to stay put at the wicket.

A double-wicket over to star leg-spinner Zampa (4-31), who took his tally to 11 wickets for the series (the most by an Australian in a home bilateral series), finished the contest as England lost four wickets for six runs in 17 deliveries to crash to 142 all out in the 32nd over.

The 3-0 result is just Australia's second ODI whitewash of England in a multi-game bilateral series. The two nations now turn their attention to red-ball cricket with Australia starting their Test summer against the Windies in Perth next Wednesday, while England travel to Pakistan for a three-match series in December.

The 3-0 result is just Australia's second ODI whitewash of England in a multi-game bilateral series. The two nations now turn their attention to red-ball cricket with Australia starting their Test summer against the Windies in Perth next Wednesday, while England travel to Pakistan for a three-match series in December.