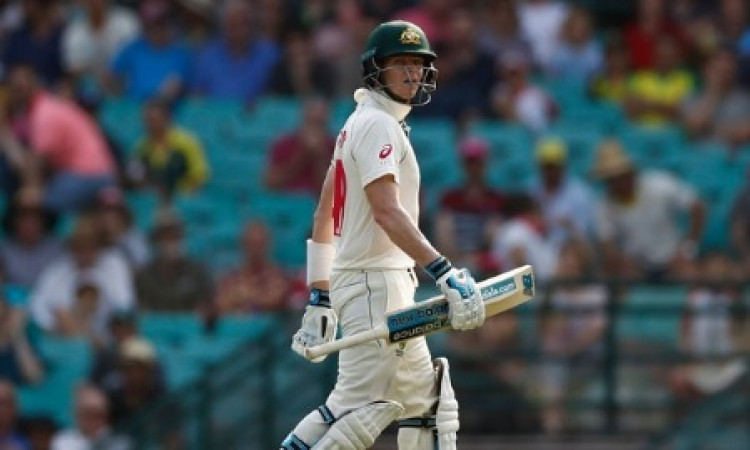 Sydney, Jan 3  Premier Australia batsman Steve Smith on Friday made the slowest start in his Test career after he laboured for 39 balls before he got off the mark on Day One of the third and final Test against New Zealand being played at the Sydney Cricket Ground (SCG).

Smith was back in the sights of left-arm pacer Neil Wagner, who has claimed his wicket on four-consecutive occasions this series. Smith -- determined to avoid a fifth dismissal to Wagner -- consumed 46 agonising minutes before scoring his first run of the match.

As soon as the 30-year-old scored his first run, the SCG burst into ironic cheers and even the Australian batter could see the funny side, raising his arm to acknowledge the applause.

It was the longest that Smith has gone in his Test career without making his first run. Before this, the right-handed batsman had taken 18 balls against India at the Melbourne Cricket Ground (MCG) in 2014 to score his first run.

According to SEN, it was also the longest wait for an Australian batsman to get off strike since 1991 when David Boon battled against the West Indies.