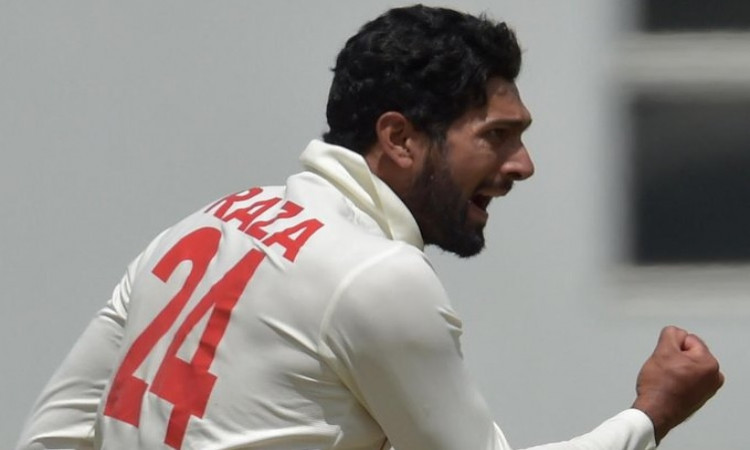 Harare, Jan 29: Sikandar Raza's seven-wicket haul put Zimbabwe in a commanding position on Day 3 of their second Test against Sri Lanka in Harare on Wednesday. Raza registered figures of 7/113 as Sri Lanka were all out for 293 in reply to Zimbabwe's first innings score of 406.

The hosts reached 62/1 before play was called off early in the third session due to rain.

Vishwa got the first wicket for Sri Lanka in the second innings as Zimbabwe opener Craig Ervine nicked it behind to the wicketkeeper. Prince Masvaure (26) and Regis Chakabva (14) held on till the end of the day.