Bangladesh were set a target of 170 runs in a rain-interrupted second Twenty20 International against New Zealand in Napier on Tuesday. 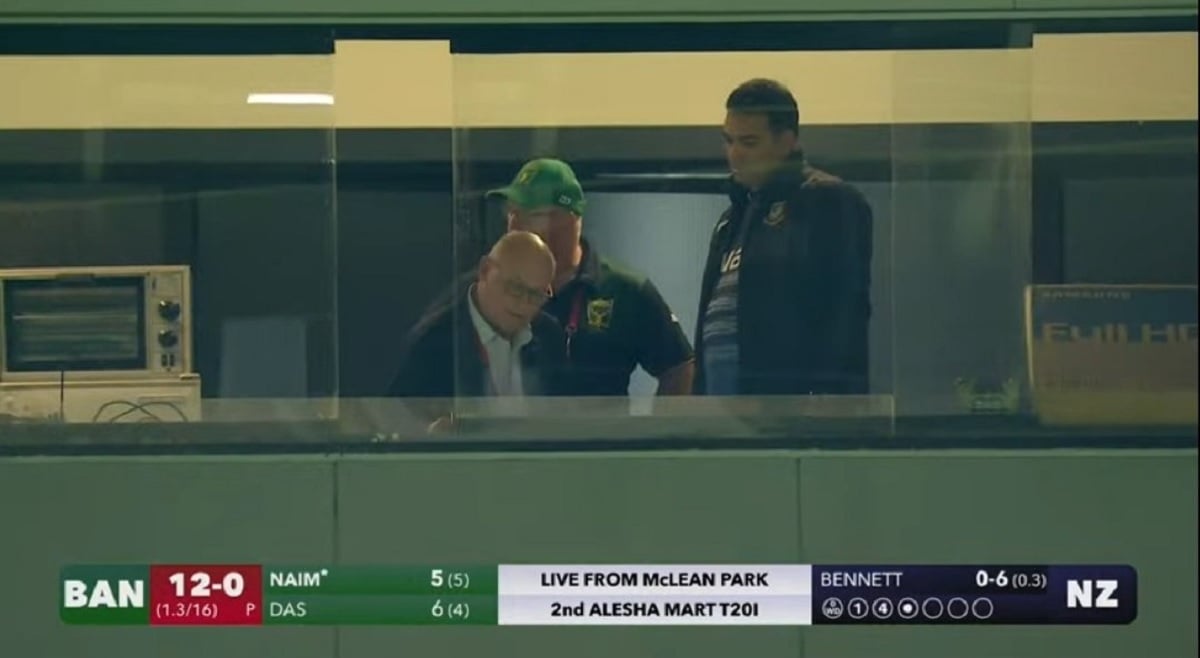 New Zealand made 173 for five off 17.5 overs after losing the toss and batting, before the weather ended their innings prematurely. As a result, Bangladesh's run chase was set at 170 from 16 overs under the Duckworth-Lewis-Stern formula.

There were bizarre scenes as Bangladesh began their innings without a clear target being set, then officials halted play after 1.5 overs while they worked out the sums.

"I've experienced a few things in cricket and this is not one of them," New Zealand veteran Ross Taylor said on commentary.

How is it possible to start a run chase without knowing what you’re chasing? Crazy stuff. #NZvBAN

Glenn Phillips top-scored for the Black Caps, smashing an unbeaten 58 off 31 balls, with Daryl Mitchell making 34 from 16.

Mahedi Hasan was the pick of the Bangladesh bowlers, taking two for 45.