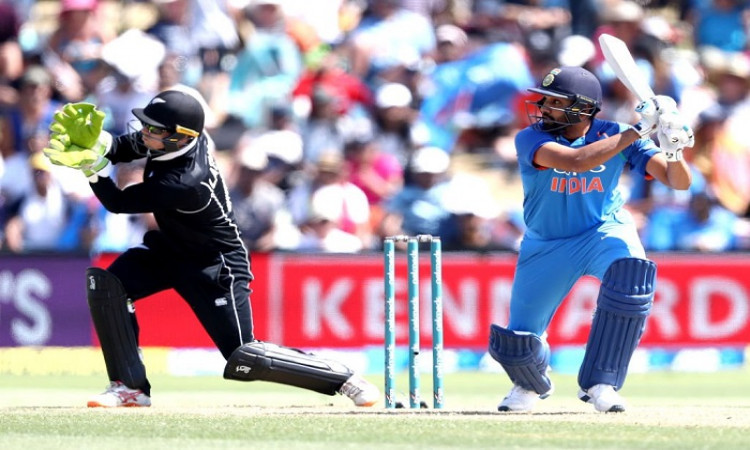 Jan 26 (CRICKETNMORE):  A brilliant batting display guided India to 324/4 against New Zealand in the second contest of the five-match series at the Bay Oval here on Saturday.

The entire top order of the visitors clicked against the hosts to help India put a challenging total against the Kiwis. Opener Rohit Sharma and Shikhar Dhawan were the top contributors with individual scores of 87 and 66 respectively.

Opting to bat, India were off to a perfect start, thanks to the openers, who forged a crucial 154 runs for the first wicket before Kiwi pacer Trent Boult gave some relief to his side, dismissing Dhawan in the 26th over.

Skipper Virat Kohli (43) and Ambati Rayudu (47) were then involved in a 64-run partnership for the third wicket. Boult gave the visitors a major blow as a thick edge off Kohli was caught at fine-led by Ish Sodhi.

Rayudu was then joined by Mahendra Singh Dhoni (48 not out) as the two steadily lifted India near the 300-run mark before the former fell to Ferguson in the 46th over.

Dhoni and Kedar Jadhav's (22 not out off 10 balls) fireworks then accelerated the run-rate, taking India to a good total of 324/4 in the allotted 50 overs.