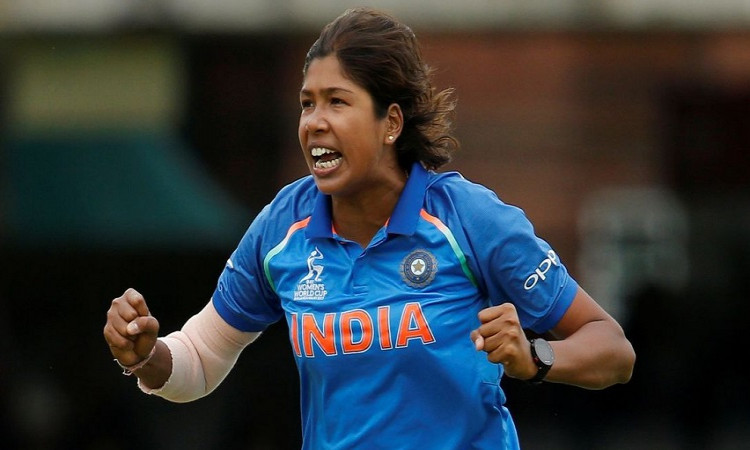 Veteran Indian cricketer Jhulan Goswami believes a full-fledged women's Indian Premier League will be a big achievement for the country as young players would be able to share the dressing room with top-notch Indian and international talent.

In a recent conversation with SportsTiger's show 'Off-the-Field', Jhulan said: "As far as IPL is concerned, we do wish for the full-fledged tournament should start and we are all waiting for that. Women's IPL will be a big achievement for the country and for young cricketers as they are going to share the dressing room with top-notch Indian and international talent."

The Indian fast bowling legend, now aged 37, has 225 ODI wickets to her name. She believes that age is just a number and what matters the most is the passion for the sport.

"As a professional athlete, you never think about age. You just go on with your passion, hard work and love for the game. You just want to be on the ground as much as possible and that is the most satisfying factor for any athlete. And I am just enjoying myself."

India reached the Women's World Cup final in 2017 and Goswami was a key member of the team but it was a case of 'so near yet so far' for the Women in Blue as they fell short by nine runs in the summit clash against England at the iconic Lord's.

Reminiscing her memories from the journey in the tournament, she said, "It was a huge achievement to play in front of a full house at Lords in the final. We started the world cup on a high note.

"It was an absolute team effort from the very beginning. Whether you speak about Smriti Mandhana, Mithali Raj, Ekta Bisht, Deepti Sharma, Shikha Pandey or Rajeshwari Gayakwad, everyone had contributed. As a team, we believed and performed."

"We reached the finals and it was the only last 10 overs where we lost the match. For the 90 overs we had dominated the match and it was only the last 10 overs of England's bowling where we couldn't handle the pressure. It is a pain but we have to move on.

"But the 2017 World Cup, irrespective of everything, was the year of revolution for women's cricket in our country. I think momentum which was required for women's cricket was set up by us. If you look at our team's performance in the last three years, we have been very consistent and only lost in the final whether it is ODI or T20I," she added.