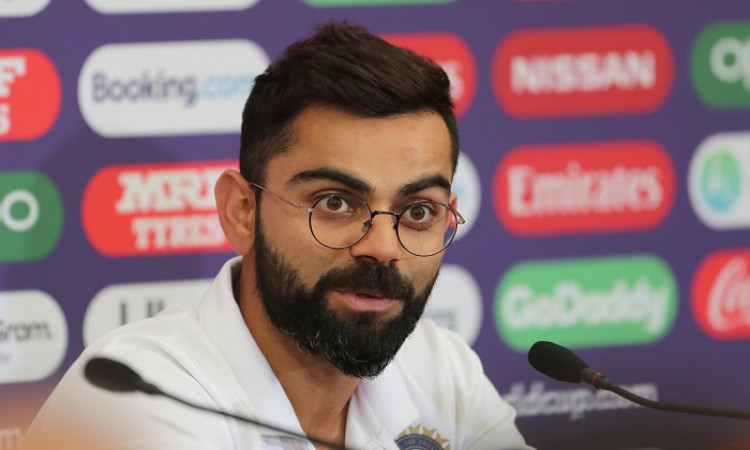 New Delhi, June 30: India skipper Virat Kohli on Tuesday went down the memory lane and recalled the Adelaide Test during India's tour of Australia in 2014 which according to him will always remain as an important milestone for the team.

In the first Test of the Border-Gavaskar Trophy played from December 9-13, Team India gave a tough fight to Michael Clarke and his team. However, they were not able to cross the line despite Kohli scoring twin centuries in both the innings of the Test match.

"Throwback to this very special and important Test in our journey as the Test team that we are today. Adelaide 2014 was a game filled with emotion on both sides and an amazing one for people to watch too," Kohli said in an Instagram post along with a photo from the game.

"Although we didn't cross the line being so close, it taught us that anything is possible if we put our mind to it because we committed to doing something which seemed very difficult to begin with but almost pulled it off. All of us committed to it.

"This will always remain a very important milestone in our journey as a Test side," he added.

Australia had scored a mammoth 517/7 declared in their first innings, riding on centuries from David Warner, Clarke and Steve Smith. India replied strongly and scored 444, with Kohli contributing with 115.

In their second innings, the hosts declared for 290/5, setting a 364-run target for Team India.

Kohli once again scored a brilliant ton (141) and Murali Vijay also contributed with valuable 99. However, their efforts didn't prove to be enough as India lost the match by 48 runs, bundling out for 315.

Off-spinner Nathan Lyon was declared Man of the Match as he played a crucial role in Australia's win by scalping a total of 12 wickets.

India lost the four-match series 0-2. However, in 2018/19, under Kohli, India became the first Asian team to register a Test series win Down Under, defeating Tim Paine's men 2-1 in the Border-Gavaskar Trophy.