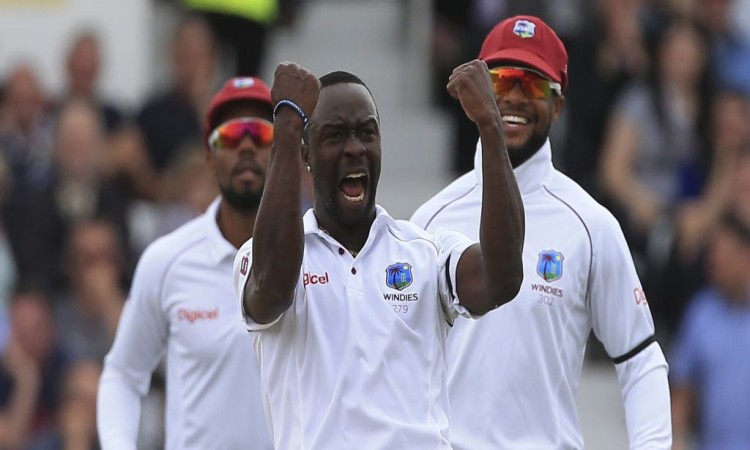 Opting to bowl first on a grassy strip on the opening day, the Windies crushed the tourists for an embarrassing 43 all out – their lowest-ever Test total and second shortest first innings in Test history.

They were tottering on 18 for five inside the first hour as Roach, extracting movement and bounce from a helpful pitch, rattled the Bangladesh top order to finish with extraordinary figures of 5-1-8-5.

Miguel Cummins grabbed three for 11 from four overs and fellow fast-medium bowler  West Indies captain Jason Holder snared two for 10 from 4.4 overs to complete the destruction of the Bangladeshi innings inside the 19th over.

Opener Liton Das finished with the top score of 25 before he was sixth out, becoming Cummins’s first wicket of the morning.

Opener Kraigg Brathwaite then led a strong West Indies batting reply, stroking an unbeaten 88 as the hosts cruised to the close on 201 for two – already a lead of 158 runs heading into day two of the contest.

Left-handed partner Devon Smith carved out his second half-century in seven innings since his return with 58 while Kieran Powell chipped in with a fluent 48.

There was little sign of the demolition to come even though openers Liton Das and Tamim Iqbal (4) played and missed in a couple of occasions against the new ball pair of Roach and Shannon Gabriel.