Imran Butt led the way for Pakistan with a dogged 71 not out but it was slow going on the second morning of the first Test against Zimbabwe on Friday as the batsmen added just 59 runs in 32 overs. 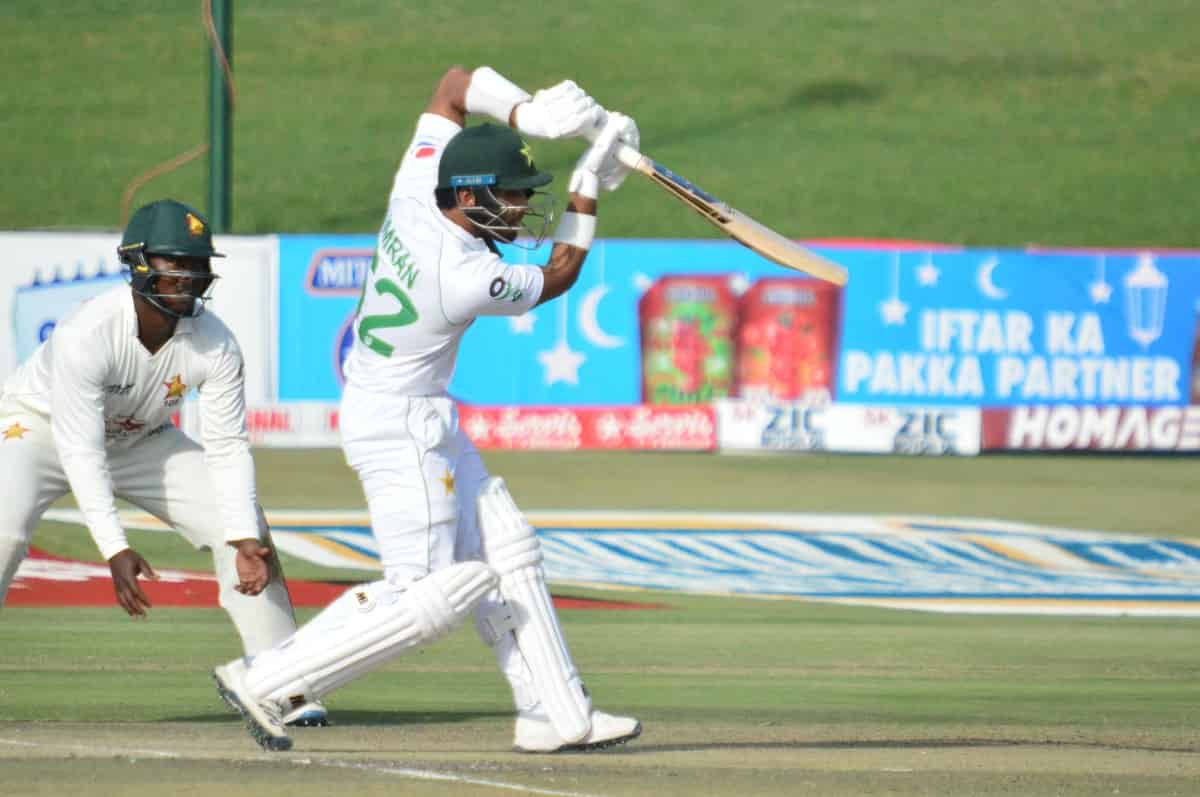 Butt lost fellow opener Abid Ali for 60 but Azhar Ali, 23 not out, came in to help take Pakistan to 162-1 at lunch, still 14 runs behind the Zimbabwe first innings of 176 all out.


T20 World Cup Will Be Held In UAE In The Worst-Case Scenario: BCCI

Resuming on 103 without loss, the Pakistan openers struggled to get the bowlers away on a sluggish pitch at the Harare Sports Club, site of Zimbabwe's first ever Test win against the same opponents in 1995.

Butt, playing his third Test, and Abid could add only 10 runs in the first 10 overs -- eight of the first 14 overs were maidens.

With the introduction of Tendai Chisoro's left-arm spin, Abid retreated into his shell completely before an attempted drive found the edge of the bat.

Brendan Taylor juggled the chance at slip before pouching it to end Abid's innings, which last 140 balls and included 10 fours, and an opening partnership of 115.

The first boundary of the day arrived three overs later, in the 18th over of the morning, when Azhar clipped Donald Tiripano through the on-side.

Butt, who managed just 36 runs in his first Test series against South Africa at home in February, looked solid as he reached his half-century.