Harare, Jan 23: Angelo Mathews' maiden double century tipped the scales in Sri Lanka's favour on Day 4 of their first Test against Zimbabwe in Harare. Mathews scorded 200 off 468 balls as Sri Lanka declared on 515/9. Zimbabwe batted out 17 overs at the end of the day and ensured they don't lose a wicket. They were 30/0 at stumps and trail Sri Lanka by 127 runs. 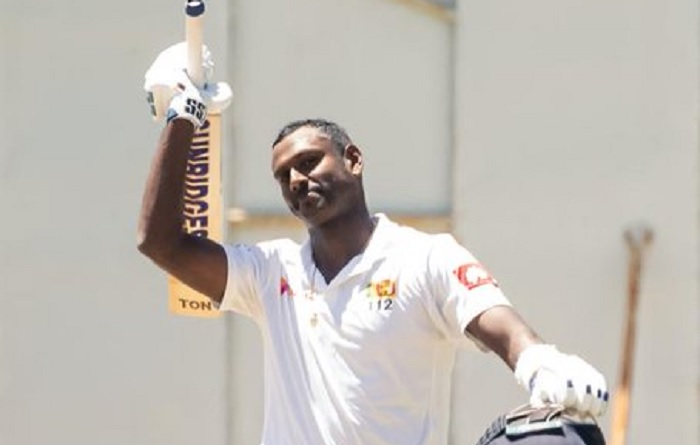 Mathews started on an overnight score of 92 off 253 balls with Sri Lanka trailing Zimbabwe by 63 runs with six wickets in hand. His partner Dhananjaya de Silva managed to score 63 before falling to Victor Nyauchi. However, Niroshan Dickwella then stuck with Mathews and the pair put up 136 runs between themselves and moved Sri Lanka past the 450-run mark.

Dickwella fell to Sikandar Raza on 63 after which Mathews increased the scoring rate. He started running out of partners though with Raza dismissing Suranga Lakmal after the latter faced 41 balls and Lasith Embuldeniya. Shortly after Mathews reached 200, Sri Lanka lost Kasun Rajitha and declared.

Pacers Lakmal and Rajitha came close a few times but Zimbabwe openers Brian Mudzinganyama and Prince Masvaure managed to stay at the crease at stumps. Mudzinganyama is on 14 while Masvaure is on 15.