South Africa reached 94-2 at lunch on the first day of the opening Test in Karachi as they began their first Test in Pakistan in 14 years on Tuesday. 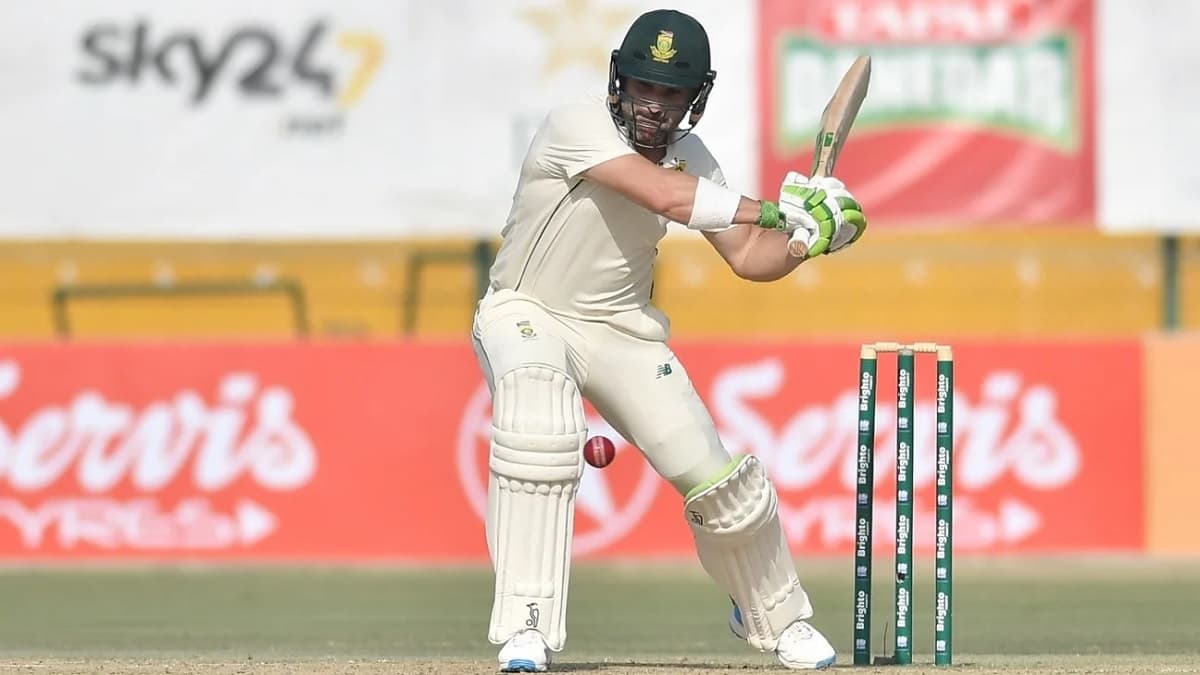 Opener Dean Elgar was on a solid 46 with Faf du Plessis on 14 after South Africa won a crucial toss on a flat, grass-less National Stadium pitch.

Elgar and du Plessis have so far added 31 for the third wicket after Aiden Markram (13) and Rassie van der Dussen (17) fell, leaving the tourists wobbling at 63-2.

Fast bowler Shaheen Shah Afridi had Markram caught in the slip, while van der Dussen was run out after attempting a quick single.