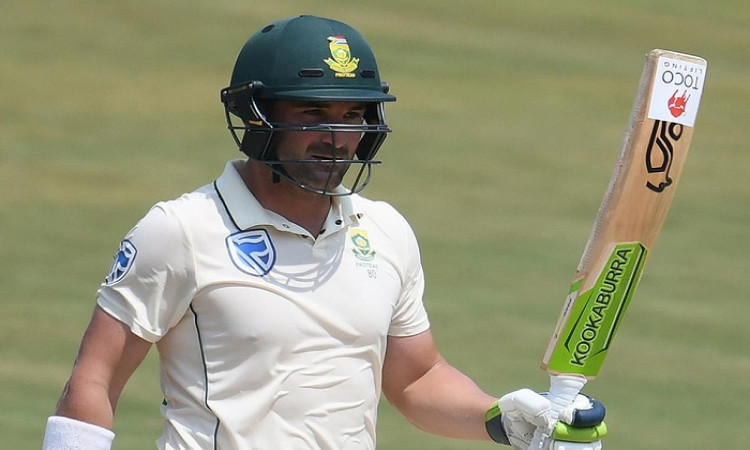 Visakhapatnam, Oct 4: Having lost three wickets in just 20 overs on Thursday, South Africa looked down and out before a fighting century by opener Dean Elgar brought them right back into the opening Test against India at the ACA-VDCA Stadium on Friday. Playing the patience game to perfection, Elgar once again showed that there can be no substitute for patience in the longest format of the game.

At Tea, South Africa's score read 292/5 with Elgar (133) and Quinton de Kock (69) batting at the crease, having added 114 runs for the sixth wicket. While the visitors still trail by 210 runs, they are looking in a much better position as compared to the precarious 39/3 at stumps on the second day. Both the sessions have belonged to South Africa as they put on 114 runs in the opening session and 139 in the post-lunch session -- losing a wicket each in both sessions.

Also Read: Bumrah a phenomenal talent, will only get better, says KL Rahul

The second session of the day saw the Proteas consolidate their position as Elgar first combined with skipper Faf du Plessis (55) and then with de Kock as the visitors even forced India skipper Virat Kohli to try part-time spinners Rohit Sharma and Hanuma Vihari to see if they can get a breakthrough as Elgar and de Kock looked pretty comfortable after du Plessis' dismissal.

Earlier, starting the day at 39/3, the visitors lost overnight batsman Temba Bavuma in the seventh over of the morning as Ishant Sharma caught him plumb in front for 18. The ball also kept a bit low and Bavuma had to walk back to the pavilion.

But Elgar continued the fight and stitched together an unbeaten 90-run partnership with skipper du Plessis as the Proteas went into the lunch break without losing another wicket.

Both the experienced South African batsmen batted brilliantly against the four Indian bowlers, especially the two spinners -- R. Ashwin and Ravindra Jadeja. While one thought the rest of the batting might also flatter to deceive, but that wasn't the case as the duo tackled Ashwin and Jadeja beautifully.