1st T20I: Match between India-Sri Lanka called off due to damp pitch 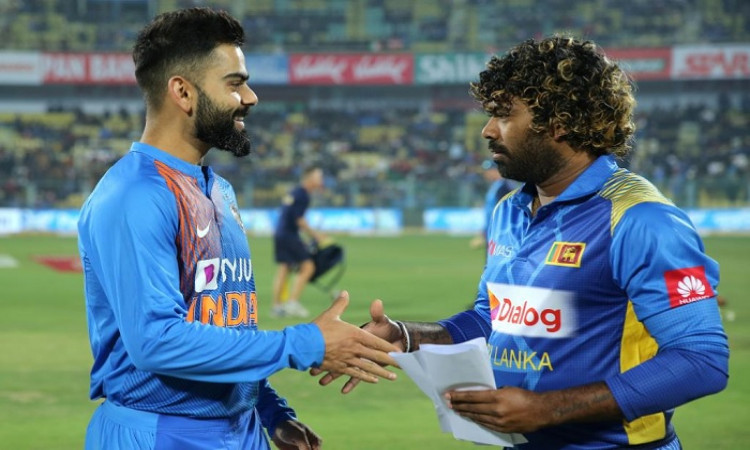 Guwahati, Jan 5:  Damp patches on the 22-yard strip at the Barsapara Cricket Stadium here after a heavy spell of shower saw India's opening T20 international against Sri Lanka get called off without a ball being bowled here on Sunday.

India's first game of the new year turned out to be a dampner after skipper Virat Kohli won the toss and elected to field first in Shikhar Dhawan and Jasprit Bumrah's comeback series after injuries.

It started raining heavily just before the 7 p.m. start and although the downpur passed away, the pitch had damp patches which did not allow play to start as umpires had two inspections.

Kohli also had a look at the wicket and seemed not too pleased.

With K.L. Rahul in great form and Rohit Sharma rested, it was a chance for Dhawan to get back among runs and stay in the conversation for a berth in the T20 World Cup squad. The left-hander, who has not been in form lately, especially in T20Is where he scored just 272 runs in 12 innings at a below-par strike-rate of 110.56, will now look to make the most of the remaining two T20Is before India go to New Zealand for more games in the shortest version.

It was also a chance to see Bumrah in action after his four-month break due to a stress fracture.