A confident 98 by Shikhar Dhawan and good support from the rest of the batting lineup helped India post a strong total of 317/5 against England in 1st ODI being played at Pune. 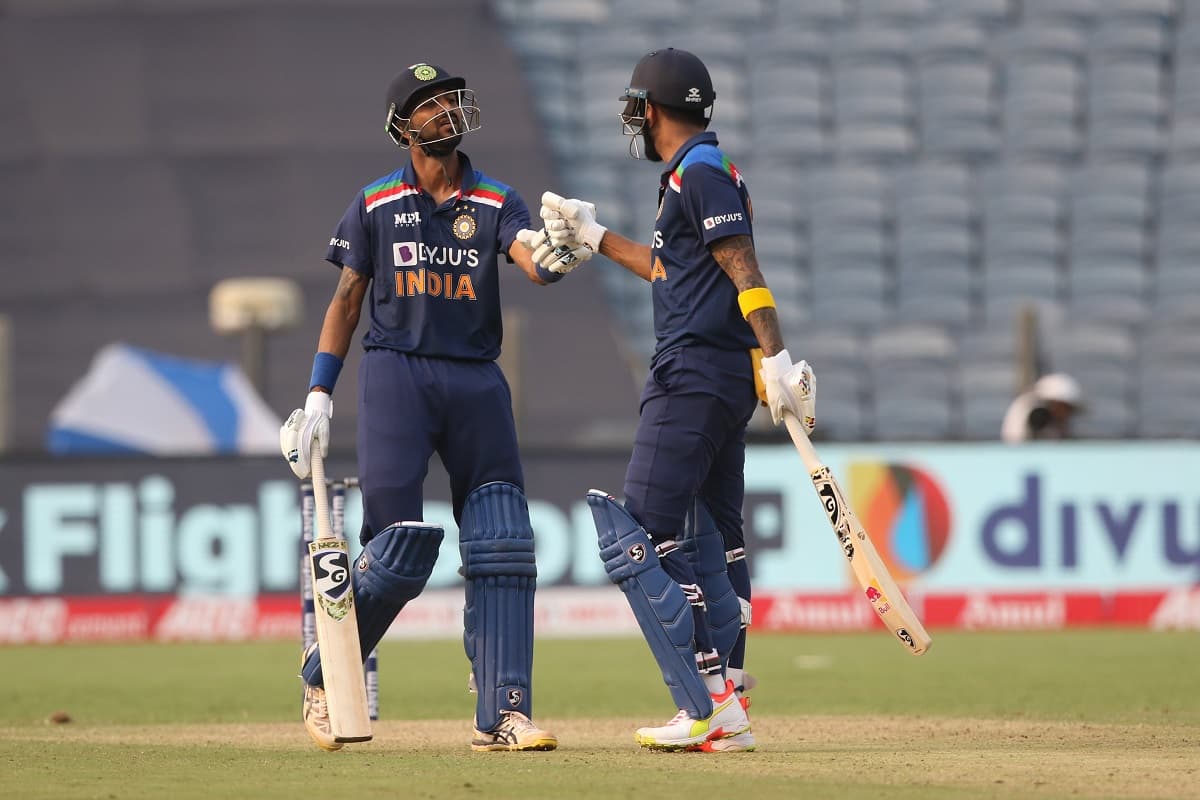 After being put in to bat first by England, Indian openers - Rohit Sharma and Shikhar Dhawan - gave a steady to the innings scoring 39 runs in the first 10 overs of the powerplay. The pair added 64 runs in the first 15 overs before Rohit edged one to the keeper.

Dhawan and Virat Kohli then added 105 runs for the second wicket partnership and gave a strong platform for the rest of the batters to finish in the last 18 overs. However, as soon as Kohli departed after scoring 56, the runs choked as England picked three quick wickets.

Debutant Krunal Pandya and 'out of form' KL Rahul stitched an unbeaten runs partnership of 112 to give India a strong finish. Pandya smashed his way to his maiden fifty in just 26 balls while Rahul took his time for his 62*.

For England, Ben Stokes took three wickets in his eight overs while giving away just 34 runs while Mark Wood, who was expensive, took two wickets.