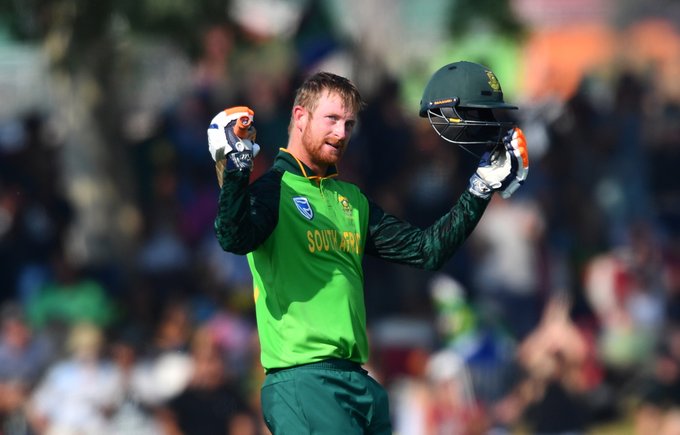 
2nd Test: I didn't realise when I took the catch: Ravindra Jadeja

Klaasen and another debutant, Kyle Verreynne (48) put on 78 for the fourth wicket to steady the ship.

But it was the 149-run stand for the fifth with David Miller (64) that helped South Africa to their above par total.

For Australia, Pat Cummins was the pick of the bowlers with 3/45.

Australia were up with the run-rate for much of their chase, but South Africa used the slow nature of the track to good effect as the tourists slumped to 217 all out from 45.1 overs. Steve Smith top-scored for the Aussies with a well timed 76 from 94 deliveries (3x4).

Australia were in control of their reply until the 35th over when they lost their anchor Smith as he fell leg before wicket to Anrich Nortje (2/39).

For the Proteas, Lungi Ngidi returned best figures of 3/30.

The second match in the series will be played in Bloemfontein on Wednesday, before the third and final tie in Potchefstroom next Saturday.