183 against Pakistan in Dhaka was a game changer for me: Virat Kohli

New Delhi, May 31:  India's match against Pakistan in the group stage of the 2012 Asia Cup in Dhaka was a record breaking one on many levels. Pakistan managed to score 329/6 and the opening part 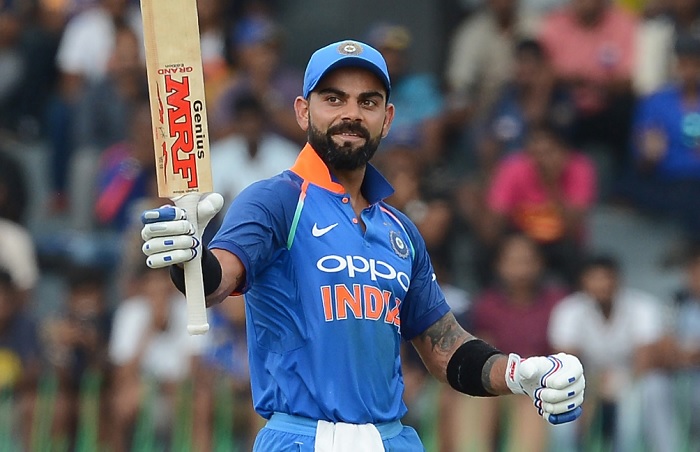 New Delhi, May 31:  India's match against Pakistan in the group stage of the 2012 Asia Cup in Dhaka was a record breaking one on many levels. Pakistan managed to score 329/6 and the opening partnership of 224 between Nasir Jamshed and Mohammad Hafeez was a record in their matches against India. It was also India's highest successful chase at the time as they went on to make 330 for the loss of just four wickets in 47.5 overs.

However, it is best remembered for Virat Kohli's extraordinary 183, which remains his highest score in his prolific ODI career and was also the highest score by an Indian in ODIs against Pakistan.

Kohli admitted that the innings was a "game-changer" for him and memorable for a number of reasons. "Their bowling attack was quite potent. At the time they were a really challenging bowling attack because of the variations," Kohli said in an Instagram live video chat with his Indian teammate Ravichandran Ashwin.

"There was (Shahid) Afridi, Saeed Ajmal, Umar Gul, Aizaz Cheema and there was Hafeez as well. For the first 20-25 overs the conditions were clearly in their favour but I remember I was just happy batting next to paaji (Sachin Tendulkar). It turned out to be his last ODI innings and he scored a 50 and we got a 100-run partnership so that was a memorable anecdote for me."

Kohli said it was one of a string of innings he had at the time which gave him the confidence of doing well against any bowling attack in the world.

"It naturally happened because I was constantly boosting myself up to want those situations to happen. I think that turned out to be a game-changer for me," he said on Reminisce with Ash.

"It was a Sunday I remember, India-Pakistan match so the whole country is watching and everyone takes notice.

"I fondly remember that chase it was really tough, Rohit (Sharma) played brilliantly and in the end MS (Dhoni) and (Suresh) Raina finished with three overs to spare or something chasing 330 which was quite memorable."

Kohli shared a 133-run stand with Tendulkar for the second wicket and then a 172-run stand with Rohit who scored 68 off 83 balls. Kohli also said that it was one of the times when he finally managed to get the better of Pakistan's Saeed Ajmal, who was at the peak of his powers at the time.

"I constantly remember that game and you spoke about Saeed Ajmal who was at his peak. I clearly remember we played a T20 World Cup in Sri lanka. In a warm-up game (against Pakistan) I started telling myself that I am going to start playing him like a leg-spinner.

"His doosra was quite difficult to face but his off spinner was not that lethal so I said I am going to hit him over covers consistently and it just paid off. As soon as I negated his doosra, his potency became lesser and even in that game (in Dhaka) I scored most of my runs against him through the offside. My only aim was to make him fear bowling the doosra against me."