1-0 Series Win Against Bangladesh Is A Positive For Sri Lankans, Reckons Niroshan Dickwella

Niroshan Dickwella on Friday said the 1-0 Test series victory against Bangladesh is a positive for the country and its citizens, who have been facing immense hardships back home due to political and economic crises 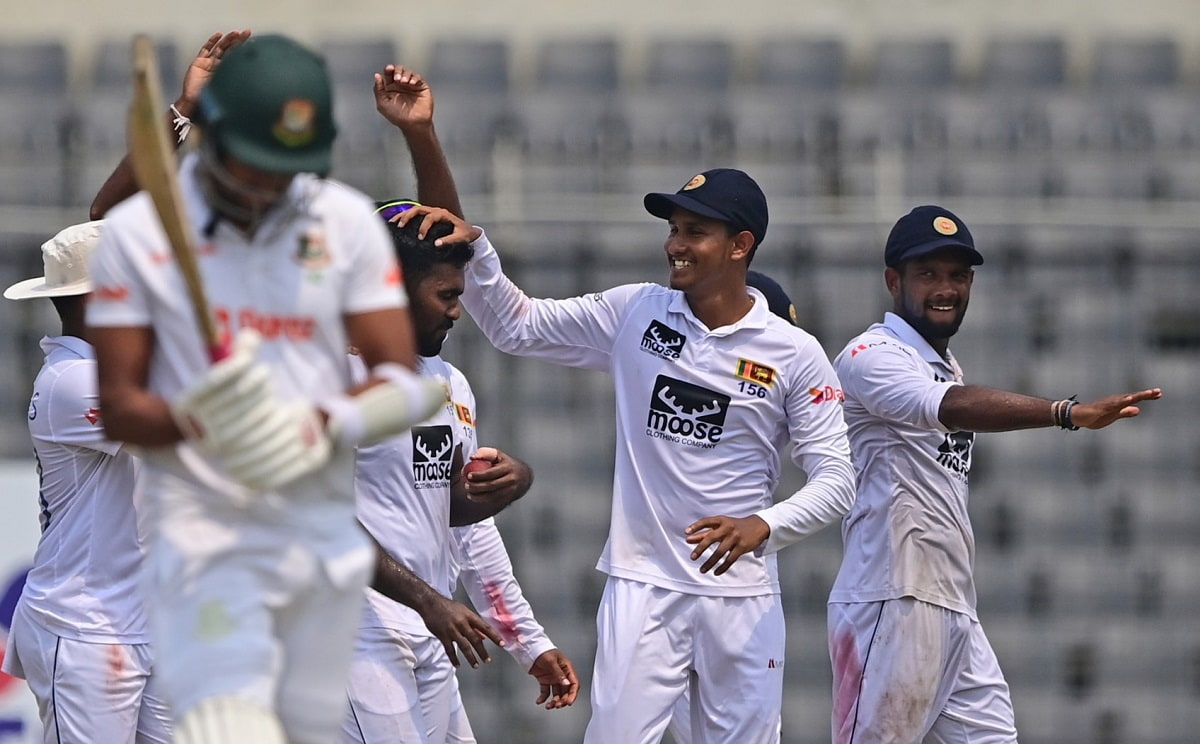 Sri Lanka Niroshan Dickwella on Friday said the 1-0 Test series victory against Bangladesh is a positive for the country and its citizens, who have been facing immense hardships back home due to political and economic crises, with visuals of power cuts and long fuel lines making headlines globally.

The Dimuth Karunaratne-led side were able to put some smiles on the faces of their fellow Sri Lankans with a ten-wicket victory in the second Test against Bangladesh at the Sher-e-Bangla National Stadium in Dhaka on Friday, also helping them to clinch the two-match series 1-0.

"It's a hard time for us as Sri Lankans so actually we kept it (what is happening back home) behind us as we came here to play good cricket and win the series. We want to bring home whatever we could do for them and I think we did it and it's a good positive thing for us," Dickwella was quoted as saying by Cricbuzz after the match.

Sri Lanka's win on the final day of the second Test was set up by an incisive and decisive spell of 6/51 from pacer Asitha Fernando. Bangladesh's Shakib Al Hasan (58) and Litton Das (52) added 103 runs for the sixth wicket in the hope of an unlikely fightback from the hosts.

But Fernando delivered a key strike by taking a return catch of Das and ended up taking six wickets in the innings, making him become only the third pace bowler to bag 10 wickets in a Test match in Bangladesh. Dickwella credited Fernando for changing the match with Das's dismissal.

"We had a calm dressing room. We knew we were just one wicket away from the tail-enders. We kept our nerves. I think Asitha came up with a brilliant catch. It was the turning point. We had our plans cut out in the second innings. We knew the top-order was struggling in the first innings."

"We wanted to bowl line and length first. With Asitha's pace and tactics with the short ball, we knew it would be hard for them. We wanted to spread the field, not to give easy runs and then attack when possible."

Dickwella further expressed surprise on seeing the pitches on offer in the Test series while praising senior batters Angelo Mathews (145 not out) and Dinesh Chandimal (124) for laying the platform of Sri Lanka's victory.

"These are not the wickets we played on last time. The ball was spinning and turning. This time it was dead and flat tracks. With their experience, Angelo and Chandimal are greedy for their runs. They knew this is the best opportunity to go for big scores. They did a great job. They are taking the pressure off the youngsters. They are doing their job properly."