Mohali, March 10 - Australia defeat India by four wickets in the fourth On-Day International (ODI) and level the five-match series at 2-2, here on Sunday.

Indian Captain Virat Kohli won the toss and opted to bat in the fourth ODI against Australia at Mohali. Four Changes in Indian Playing XI:

Dhawan is a valuable player for us says Sanjay Bangar

Australia have a good record in ODIs in Mohali, winning five out of the six matches they played here, including all four since 1997.

Mohammed Shami, who went off the field in Ranchi with a minor injury, should make way for Bhuvneshwar Kumar. 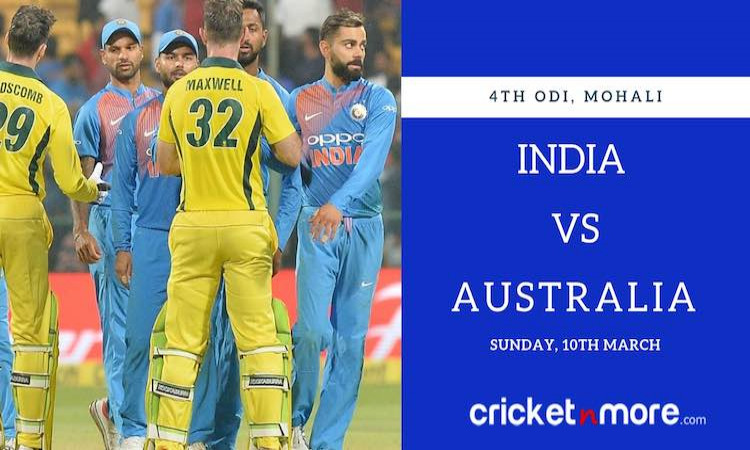 Mohali, March 10 - Australia rode a powerful batting effort to defeat India by four wickets in the fourth On-Day International (ODI) and level the five-match series at 2-2, here on Sunday.

The hosts won the first two contest before suffering a 32-run defeat in Ranchi and another win will seal the series.

hasing a target of 359 runs, Peter Handscomb's maiden ODI century and half-centuries from Usman Khawaja and Ashton Turner took the visitors past the line with 13 balls to spare.