The team for the T20 World Cup last year was announced before the 2021 Indian Premier League, and the way some of the selected players performed in the league but wasn't able to justify their selection & performance in the 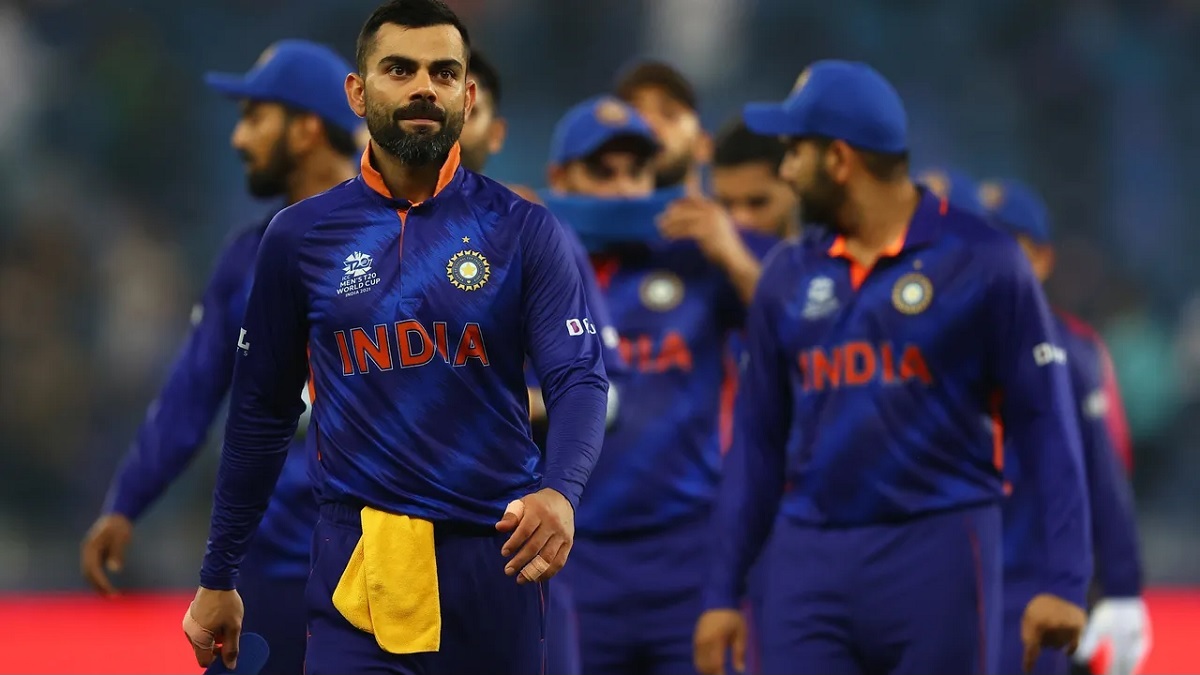 Last year when India entered the ICC T20 World Cup, questions were raised over the selection of the players who were either unfit or out of form, and the poor result in the tournament later led to the criticism of the team management as well as the selectors.

The team for the T20 World Cup last year was announced before the 2021 Indian Premier League, and the way some of the selected players performed in the league had exposed how prepared India was for the ICC event.

At that time, several former cricketers had suggested changes in the squad. But the selection committee went ahead with the same team and India were shown the door in the early stages.

With the IPL 2022 underway , netizens have again started sharing their views and some of them even went on to add that "a new team for the T20 format" should be made.

Some said that the selection committee "should pick the team considering the performance of the players and not the big names".

"T20 is fast, and we need a younger lot for the World Cup. BCCI please pick from IPL as stars are failing and new guys are on a roll. Give them a chance for international events ahead of WC," wrote one on Twitter.

The T20 World Cup is scheduled to begin in October this year in Australia and India have time to pick the best team for the tournament.

India will be playing 10 T20Is (5 with South Africa, 2 with Ireland and 3 with England) before the World Cup and it is believed that a number of youngsters will be shortlisted and given a chance during the period. For the records, the Asia Cup is also scheduled in between.

In the ongoing IPL, many big stars are underperforming. Virat Kohli and Rohit Sharma are both struggling with form so far. The duo has played five matches respectively and yet to score a fifty.

The fans are waiting for some big hitting from the batters but so far Virat and Rohit's bats have failed to fire like it used to.

It is also a cause for concern ahead of the World Cup, because it is a fast sport and the way young talent perform, then ignoring talent over big names would be challenging for the selectors.

Also, Ravindra Jadeja is facing the heat of captaincy and is unable to deliver his all-rounder class. Hardik Pandya's comeback as a genuine all-rounder will also be discussed in the coming months. But as a batter, in his last match against Rajasthan Royals on Friday, he displayed some brilliant cricketing shots, scoring 87 off 52 balls.

Some veterans still have it!

Dinesh Karthik's role as a finisher for Royal Challengers Bangalore (RCB) could pitchfork the 36-year-old wicketkeeper-batter into India reckoning as the team looks to rebuild for the ICC T20 World Cup in Australia later this year. In IPL 2022, Karthik has been a critical finisher for RCB, making 131 runs and averaging the same number with a strike-rate of 218.33.

On the other hand, Shikhar Dhawan (36) playing for Punjab Kings is also in fine form. He has scored 197 in matches he played so far. The left-hander was ignored last year, but this time he has a chance to make it into the squad.

The 36-year-old Robin Uthappa (Chennai Super Kings) is also a strong contender as he has scored 194 runs in five matches so far and looks in great touch.

However, there are still many matches left in the 2022 IPL and it is believed that the discussion on the performances of the players will be done once the league is over.