On this day, 14 Years ago, 1st match of the Indian Premier League was played. 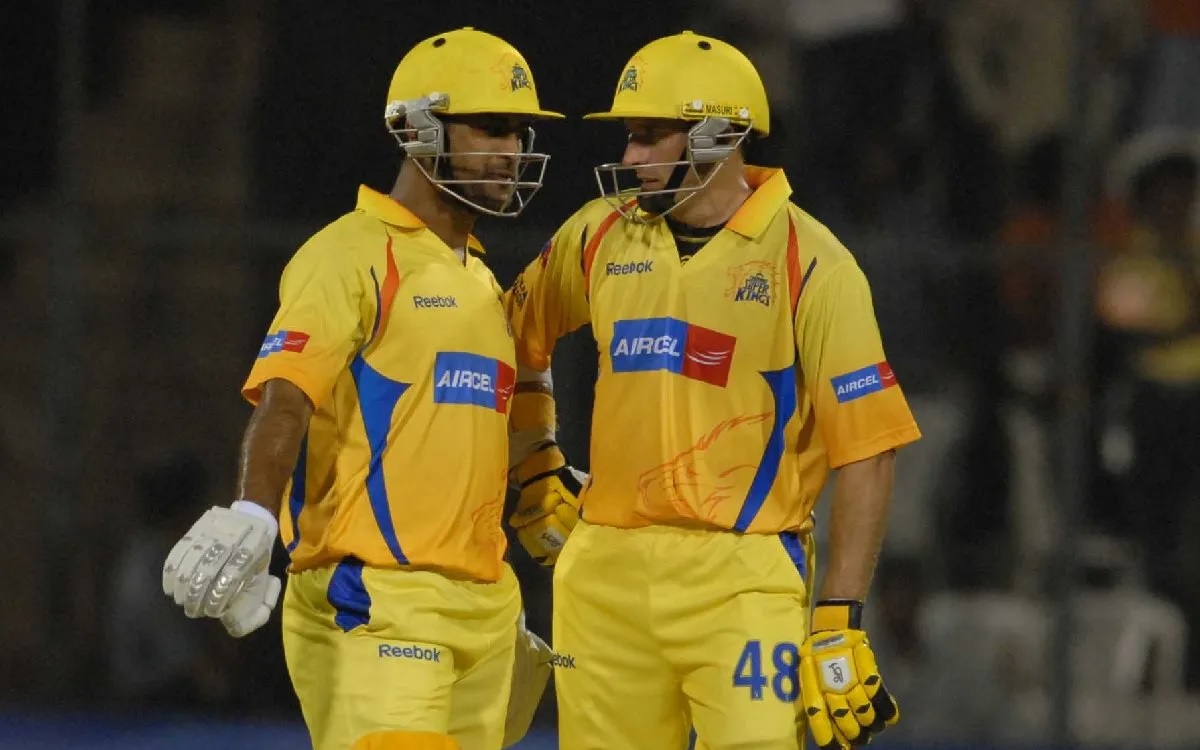 This was the day in 2008 that "changed the landscape of Indian cricket forever", wrote CSK on their website. "It was a day when the first ball of the IPL was bowled, and from then on, the IPL has been at the forefront of Indian cricket and has grown by leaps and bounds with the passage of time."

Several CSK cricketers, who have been part of the journey, said on Monday that the tournament had "done wonders for Indian cricket", adding that the financial model set by the league was among the best in the world.

Vidyut Sivaramakrishnan, who was a part of the inaugural edition of the IPL for the CSK, told the website, "I don't think there would have been a (Jasprit) Bumrah or a (Hardik) Pandya if not for the IPL. It would have taken 3-4 years extra for them to play for the country. The IPL has done wonders for Indian cricket. It is financially the best, and it is a festival time. It is the best compared to any other franchise league in the world."

Recollecting an interesting anecdote about how the current CSK chief coach Stephen Fleming was always a couple of steps ahead in reading the game, and how the New Zealander helped him counter the legendary Australian pace bowler Glenn McGrath in 2008, Sivaramakrishnan said, "Fleming was a player at that time. I opened with Fleming as (Matthew) Hayden and (Michael) Hussey had gone to play The Ashes.

"In the first game, I got a 57, and in the 18th over, McGrath bowled short and I got out. It was a tired shot. But you won't believe, a few games got over, and again we were supposed to play the Delhi Daredevils in Delhi. Fleming called me and said 'I am going to throw full toss balls, and I want you to come onto the front foot and pull it'.

"And, he made me play 100 shots. After that, Fleming came and told me that McGrath is definitely going to bowl the first two balls short to you, and if you play the way you played here, I am sure you will get two boundaries. You won't believe, Fleming was such an unbelievable tactician, the same thing happened. Fleming, one of the best leaders in the world was spending time with an unknown guy like me. It speaks volumes about the person he was," added Sivaramakrishnan.

Palani Amarnath, who too featured in the inaugural edition of the IPL for CSK, said he learnt a lot as a youngster from legends like Muttiah Muralitharan and Makhaya Ntini.

"Off the field Ntini and Muralitharan were fun. One day in South Africa during training, me and Ntini ran from the ground to hotel. That was a memorable moment for me. I remember the game when Hussey scored the century. The previous evening at the hotel during dinner, Hussey and (New Zealander) Jacob Oram, in a light-hearted manner, told me 'you're playing tomorrow mate, against Yuvraj Singh!'. That built some pressure on me.

"So when Hussey scored the century, I realised batsmen hit like this in this level. But once we scored 240, the bowlers got confidence so it was a pressure relief for us.

"Discipline is what I learnt from the senior players. They also taught me how to use the practice sessions. What I learnt from them is, once you are on the ground, your entire focus should be on practice. Everything else, including your family is secondary. Muttiah and Ntini were intensely focused during practice," said Amarnath.

Sivaramakrishnan felt that IPL was not all slam-bang batting, and those following textbook shots too could succeeded. Brendon McCullum scored a blistering unbeaten 158 for KKR in the opening game of the IPL, while Hussey's century the next day for CSK against Punjab Kings was all about timing.

Recollecting the two knocks, Sivaramakrishnan said, "I watched Hussey's century against Punjab as a spectator. The way he played, that knock taught us that by playing good conventional cricket you can get a lot of runs in T20 cricket. McCullum, the previous day had scored a blazing century, but when we played the next day against Punjab, that knock from Hussey showed us that if you play proper cricketing shots, you can achieve a lot. That knock was a lesson for us," said Sivaramakrishnan.

Arun Karthik, who played 17 IPL matches between 2010 and 2013, said that the fan base of cricket can be split into the pre- and post-IPL phases.

"We didn't think the IPL would become the brand it is now. We thought it would be a bigger version of Ranji Trophy or Syed Mushtaq Ali Trophy. But it was much bigger than what we imagined.

"We can split the cricket fan base as before IPL and after IPL. Before IPL, we were all waiting to see India playing Pakistan or India versus Australia. We were eager to watch those matches. But post IPL, the fan base for each franchise has grown tremendously, and because of this a healthy rivalry between franchises has developed," said Karthik.