The Indian Test cap started off with the round emblem with a star and then went on to have three lions, the Ashoka chakra. 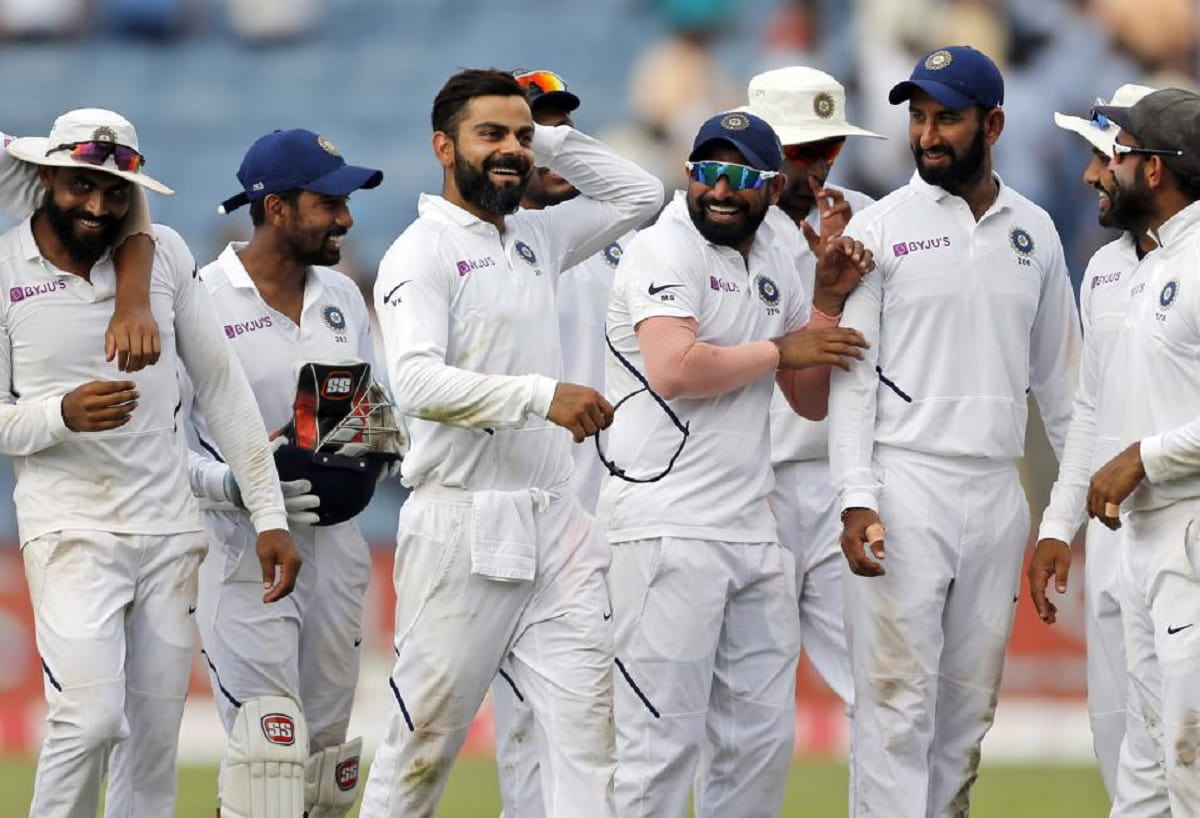 One of the proudest moments for a sportsperson is when representing one's country in their respective fields. The tears of joy on achieving success in the colours of ones' nation goes beyond ones' own individual dream.

The first truly significant moment in a sportsperson's life is when the national kit is handed over to one. The Indian crest on the blazer, clothing, cap, ties as also on the bags and other equipment brings forth feelings of pride and joyful emotions.

When one wears the national colours one realises and reflects on ones responsibilities as well as the expectations of the people whom one represents. Successful achievers are ecstatic but sport is not just about winning but as much about participating and representing ones country.

In cricket, the most memorable moment is when one is presented the Indian cap. The soft headgear, thereafter, becomes ones prized and most valuable possession. Every cricketer spends thousands of hours honing ones skills in hail, rain or sunshine. The honour of playing for the country finally is one part of the journey but partaking in ones' country's success makes one feel elated.

Since India's first Test match played in 1932, only 303 cricketers have had the distinction of playing Test cricket for India. The Indian cap was a prized possession that was only worn by the cricketer who played for the country.

There have been incidents in the past when a fellow cricketer has unintentionally worn the Indian cap or sweater and on doing so been severely reprimanded.

The Indian Test cap started off with the round emblem with a star and then went on to have three lions, the Ashoka chakra. Thereafter, in the 60s it went back to the rounded logo.

One wonders whether the new Parliament's roaring lions will find its way into the Indian Test cricket cap in the future.

In 1977 at Bangalore is when I made my Test debut against England. Our captain, Bishan Bedi, handed over the cap to me. We happened to be batting first and my dilemma was whether I should wear my lucky Bombay Gymkhana colourful yellow-and-black striped cap or the India cap.

He must have seen the BG cap on my lap and asked me whether I was going to wear it to bat. I feebly said 'yes' and he impressed upon me the importance of the Indian colours. He told me quite sternly that this is not a club match but one in which one is representing ones' country. The Indian cap is given specifically to honour one. Thereafter, I wore it to bat as well as to field. When I achieved the two world records of most catches in an innings and in the match, the Nawab gave me a thumbs-up.

It then hit me about the significance and importance of the Indian colours. The Indian cap is a big honour in the life of a cricketer and one that needs its lustre to remain forever.

Unfortunately, we are now in the world of marketing through branding and exploiting every possible avenue in which to gain financially. The merchandising of the Indian team's cricket garments has become available to fans and followers at every street corner.

One has to distinguish between an international cricketers' clothing from that of the masses. The limited-overs version, popularly looked at as a cricket circus, is a lighter format of the game. The merchandising of it is quite understandable as fans and followers bring in the teams loyalty factor into play.

The International Cricket Council (ICC), the organisation responsible for world cricket, needs to bring in certain rules and decorum.

The introduction of the World Test Championship has revived Test cricket and the ICC should be proud of it. They now need to ensure that the cap, helmet and sweaters should have only the respective countries' emblem. The ICC needs to protect the rights, so that it cannot be merchandised by one and all.

One can see with the amount of limited-overs cricket being played around the world, the importance of being a Test cricketer has diminished drastically.

A limited-overs cricketer can never be recognised in the same league as a Test cricketer. Cricket is not a quick crafted sport; it has 145 years of Test history behind it.

In India, maybe the solution could be that the national emblem, which is to crown India's new parliament building which is an adaptation of the Lion Capital of Asoka at Sarnath, could become the emblem of an Indian Test cap.

One hopes that Test cricket in India will then roar with distinction. The cap will then get its distinguished look for a cricketer to cherish.