This year is a particularly busy one for India, who will compete in the Asia Cup, T20 World Cup and several important bilateral series. Several players will be involved in the Indian Premier League, too. India will also host the T20 World Cup in 2021. Their first-choice stars can't play all the time, leaving captain Virat Kohli, coach Ravi Shastri and the national selectors to look to the country's bench strength more frequently than in the past. 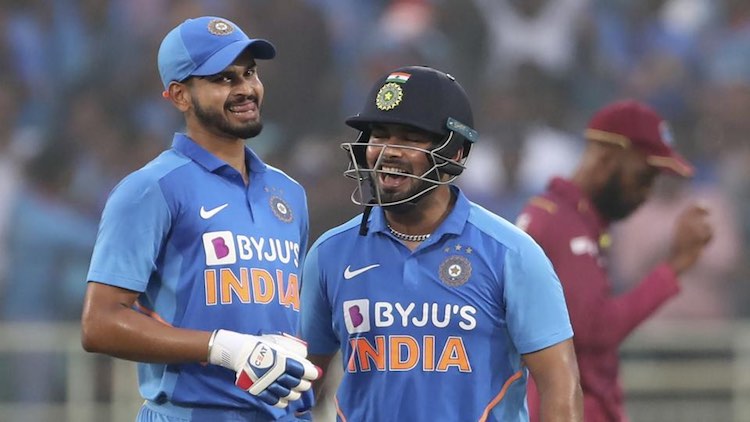 Many players have emerged as stars for the future, and are gradually being integrated into the T20I, ODI and Test squads and XIs. There are seven particularly impressive players among the country's wealth of burgeoning talent.


Jasprit Bumrah a threat every time he comes in to bowl: Kane Williamson

Those who bet on cricket are often keen to unearth the gems that enjoy good odds. Take a look around for information about the best Indian betting sites and you're bound to see this talented batsman's name come up. Iyer is among the more popular betting markets online and for a good reason, too. At a mere 25 years old, he is already captaining several players older than him at the Delhi Capitals in the Indian Premier League. Iyer is a hot-shot batsman with mounds of talent.

With all the talk on the go about the imminent end of Mahendra Sing Dhoni's international career, India are on the lookout for a successor, of sorts. Pant may well be it if KL Rahul isn't. Rahul has been used as a wicketkeeper lately, but it's probably best he returns to being a specialist batsman, and the young Pant takes over behind the stumps. He has been the victim of a concussion, but that'll no doubt only inspire him more to play the short ball better.

Injury to Hardik Pandya and a shortage of genuine seaming all-rounders has India seeking alternatives. Dube is certainly among these, offering some hard-hitting left-handed batting and handy right-arm seam. He is with the Royal Challengers Bangalore in the IPL. He has his critics, but that's not uncommon for a cricket-mad country who demand only the best from the very beginning of a burgeoning international career.

At a mere 20 years old, Sundar is an outstanding spinner and has inspired plenty of confidence from Kohli and company. He has really good variations, which might prove especially handy during the Asia Cup. Whether he can perform well in Australian conditions during the T20 World Cup, though, remains in the balance. Fans would like to see him named in the first-choice XI more.

Samson is another young Indian cricketer who can be a specialist batsman or double up as a wicketkeeper-batsman. Importantly, he knows how to handle the new ball at the top of the order. In the absence of Rohit Sharma or Shikhar Dhawan for this or that reason, Samson is a very capable replacement. He is probably slightly behind Pant in the pecking order of batsmen, though.

Here's another young Indian cricketer who has found himself in the good books of Kohli lately. Saini is a really good fast bowler, who has proven he is more than just a tail-ender with the bat as well. He has plenty of competition in the fast-bowling ranks, but is more than holding his own alongside Mohammed Shami, Jasprit Bumrah and others. Time will tell just how far he goes.

Shaw seems to have put injury and other off-field problems behind him for now. He is there and thereabouts in terms of Test selection and has been trialled at the top of the order in ODI cricket, too. Like Samson, Shaw is effective support for the first-choice opening batsmen. He'll come into play more than before during a particularly busy 12 months for the national team.