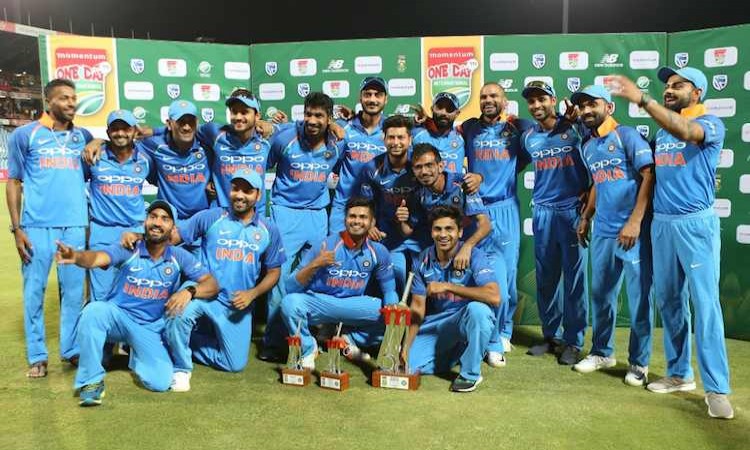 Batsman Suresh Raina, who has made a comeback in the T20Is will act as an vital cog in the middle-order and will look to prove his mettle.

The bowling department, which looked lethal with wrist-spinning duo Yuzvendra Chahal and Kuldeep Yadav will try to make a mark in the shortest format.

Pacers Jasprit Bumrah and Bhuvneshwar Kumar will only add depth to the formidable Indian bowling line-up.

However, the Proteas led by Jean-Pau Duminy in the absence of Faf du Plessis, will look to hit back at India in the shortest format of the game, under the likes of hard-hitting batsmen consisting the skipper himself, AB de Villiers, David Miller and Chris Morris, who can score some vital runs in the lower order.

The bowling department, led by Andile Phehlukwayo, Morris along with chinaman Tabraiz Shamsi will have to come out with something special in order to get rid of the flamboyant Indian batsmen.

Meanwhile, the three new faces inculded for the shortest format -- batsman Christiaan Jonker, pacer Junior Dala and wicketkeeper-batsman Heinrich Klaasen will be aiming to put up a show for the home team,