Sri Lanka hold on for draw vs India in 3rd test 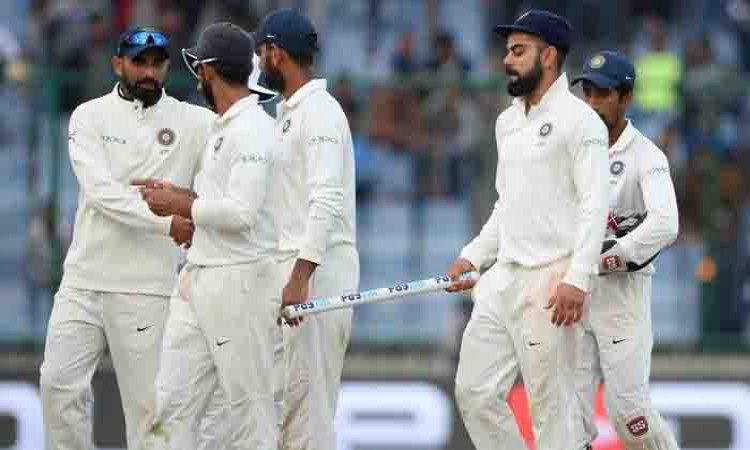 India drew the first Test in Kolkata before thrashing the visitors by an innings and 239 runs in the second game at Nagpur.

The first four days of the Kotla Test also witnessed a few disruptions with the Sri Lankan players wearing anti-pollution masks to protect themselves against the high pollution level in the national capital.

Resuming from Tuesday's score of 31/3, the visitors lost the wicket of Angelo Mathews in the sixth over of the day before skipper Dinesh Chandimal (36) and de Silva took the team to a comfortable 119/4 at lunch.

Mathews, whose 111 played a big part in Sri Lanka's first innings total of 373, perished to a thick edge off Jadeja as Ajinkya Rahane completed an excellent catch at slip.

The right-handed duo of de Silva and Chandimal continued to frustrate the Indian bowlers as the fifth wicket partnership flourished to 112 runs before off-spinner Ravichandran Ashwin packed back the visiting captain with a beauty.