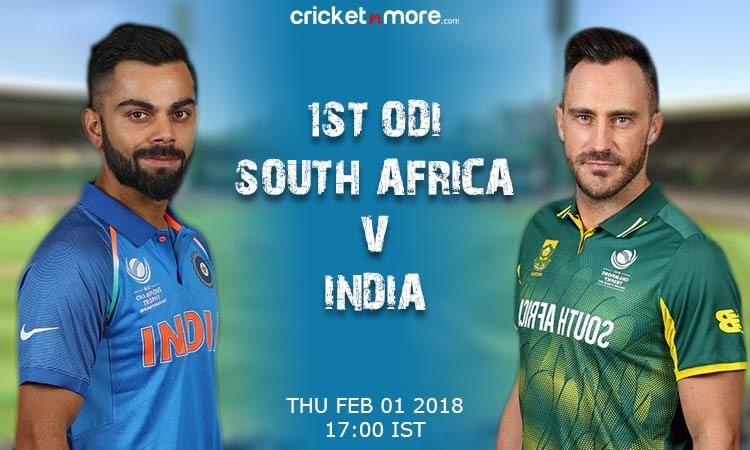 After engaging in six ODIs and three T20Is against the Proteas here, the men-in-blue will head to Sri Lanka for a T20I tri-series before playing three ODIs and as many T20Is in England and Ireland, with the 2018 IPL season in between.

With so much of limited-overs' cricket to be played in overseas conditions, especially South Africa and England, this will allow the Indian team management to try out the various combinations and fix up certain spots before the quadrennial tournament in England next year.

Speaking of the upcoming series, India will also be keen to better their past record and focus on winning their first-ever bilateral ODI series on South African soil.

Going into Thursday's tie, India is not expected to make any drastic changes with Rohit Sharma and Shikhar Dhawan opening the batting and followed by the likes of Kohli, Ajinkya Rahane, Shreyas Iyer and Dhoni.

It will be interesting to see who among the likes of Manish Pandey, Kedar Jadhav and Dinesh Karthik gets a look-in lower down the order even as the bowling department looks set to be led by Bhuvneshwar Kumar and Jasprit Bumrah.

With Hardik Pandya providing the additional seaming option, it will all boil down on how the pitch behaves and who amongst the spin trio of Yuzvendra Chahal, Kuldeep Yadav, Axar Patel makes the playing XI.

South Africa, on the other hand will miss the services of veteran AB de Villiers, who was ruled out of the first three matches with a finger injury and is most likely to hand a debut to young Khayalihle Zondo.