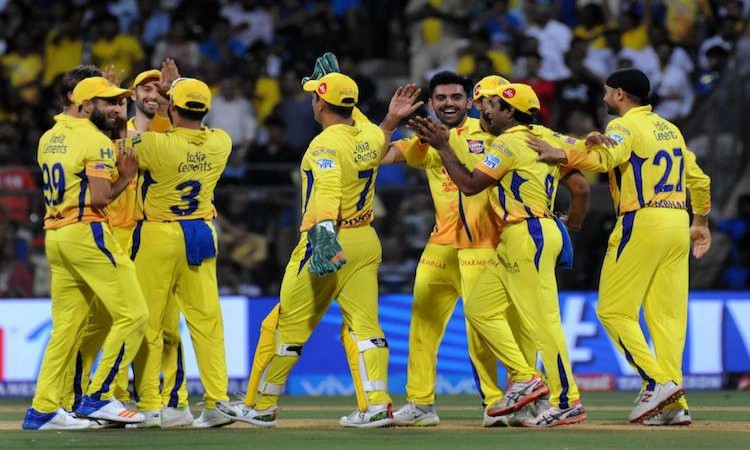 The yellow brigade have been on a roll since making their comeback to the IPL fold after serving a two-year-ban, and have rarely lost the momentum this season with the old guards and new sensations firing in unison.

In their final league game at their adopted home ground in Pune on last Sunday, CSK rode on Suresh Raina's gutsy half century to romp home by five wickets.

Later, in the Qualifier 1, a match where most of the Chennai batsmen faultered against Hyderabad, opener Faf du PLessies smashed a match-winning half-century to help Chennai reach their seventh IPL final on Tuesday.

Rayudu, the other opener in Chennai's side, has been the standout performer with 586 runs. Australian Watson has also been in top form, accumulating 438 runs from 13 matches, while Raina, skipper Dhoni and all-rounder Deepak Chahar have been the backbone of CSK's middle order.

In the bowling front, the former two-time champions will bank on young South African lungi Ngidi, who has 6 wickets from 10 games with a decent economy rate of 5.90.

With Shardul Thakur, Chahar and Dwayne Bravo doing their bit on the pace bowling front, CSK will hope for veteran Harbhajan Singh leading the spin attack with left-armer Ravindra Jadeja in the middle overs.

Coming to Hyderabad, the orange army's success mostly bank on their bowling which has a lot of variety and some of the best names in the business.

Afghan spinner Rashid has been brilliant throughout the season bagging 21 wickets from 16 games.


Rana's run out cost us the game, says Karthik

Venkatesh Iyer Misses On 200 By 2 Runs At Vijay…

Asia Cup To Be Postponed If India Reach World Test…