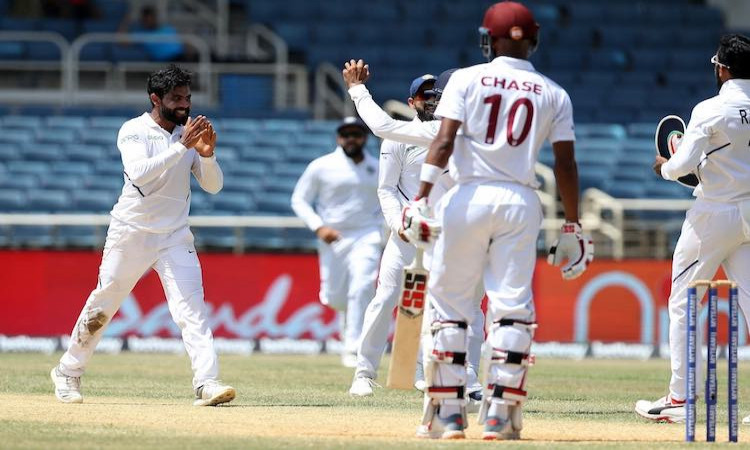 Bravo had copped a blow to the side of his helmet from a Bumrah bouncer in the last over on Day 3. Blackwood was originally not a part of the West Indies squad for the second Test, but with the ICC regulations allowing a like-for-like replacement, he was called into action.

It was a unique case where 12 men batted in a Test innings with Chase being trapped in front by Ravindra Jadeja for 12. Shimron Hetmyer did not last long, Ishant Sharma having him caught at extra cover by Mayank Agarwal as the Windies slumped to 98/4 before Brooks and Blackwood joined hands for a 61-run stand.

After lunch, Bumrah got rid of Blackwood to pick up his only wicket in this innings. From there on, it was only a matter of time despite skipper Jason Holder scoring 39 before Jadeja castled him to cap off the marauding victory.

They also earned another 60 World Test Championship points to go top of the table.